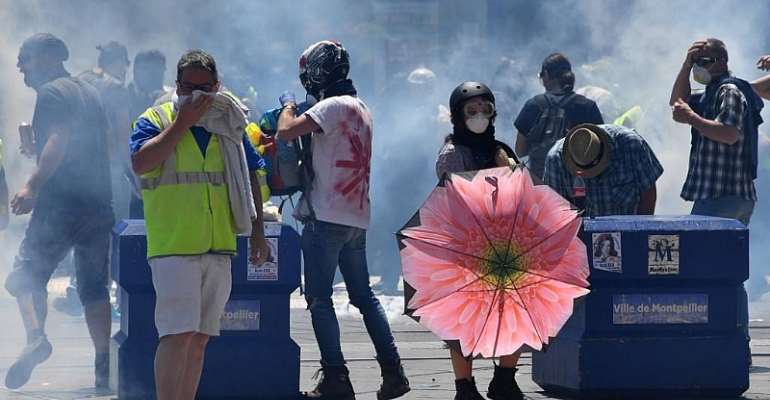 Despite the record-breaking heat in Paris, some thousand yellow vests took to the streets on Saturday to protest police violence, while some proudly announced they were yellow vests and gay, a nod to the Gay Pride event also taking place in the French capital.

Some yellow vest protesters gathered at Porte de Clichy in the north of the city, and included a yellow submarine as part of their march against the government.

Many of the demonstrators kept cool with water guns to deal with the heat.

In Bordeaux, less than 200 people came out in the heat, according to police. One protester complained that the same people come out every weekend, and that they do not get any media coverage.

“We can no longer mobilize because the TV does not speak about us anymore, but there are also the fines we are charged every Saturday, we must pay 135 euros,” he said, despondent.

It was a similar situation in Toulouse, where between 100 to 200 people came out in near-40C-degree heat; a mere 100 came out in Montpellier.

A group of yellow vests from the around the country are also meeting this weekend in Montceau-les-Mines for their third assembly to coordinate what the follow-up should be to the protests.

We'll not accept the 4% salary increment — Coalition agains...
42 minutes ago