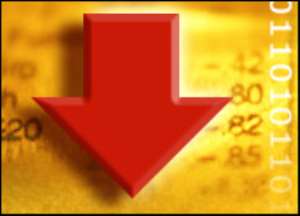 Accra, Jan. 30, GNA - The Monetary Policy Committee on Monday announced a reduction in the prime rate to 14.5 per cent from the current level of 15.5 per cent, citing improved economic fundamentals. It, however, cautioned that the volatility of crude oil prices in the world market could still spell some doom for the economy. Addressing Journalists after a meeting of the Monetary Policy Committee (MPC), Dr. Paul Acquah, Governor of the Bank of Ghana (BoG), said all the economic fundamentals pointed to a subdued inflationary expectation.

He said with moderate increase in food prices and the improvement in the unwinding liquidity overhang that had helped sustained the high inflation in the past, the economic expansion process looked positive. Dr Acquah called for prudent wage setting behaviour and other productivity-enhancing measures to improve competitiveness and to maintain the current level of stability.

On the broad figures, the Governor said consumer price inflation fell steadily 16.7 per cent in March after the petroleum price adjustment to 14.8 per cent in December 2005.

The Governor said the Bank of Ghana's Corporate Index of Economic Activity had also indicated that economic activity in the real sector had increased 27.4 per cent over the same period in November 2004, a growth that is above the trend annual rate of 21 per cent recorded over the past four years.

Dr Acquah said interest rates on the money market continued their downward spiral with investors gradually shifting from short-term instruments to long-term ones.

Dr Acquah said credit extended to the private sector and public institutions by the domestic money banks increased by 3,883.2 billion cedis over the 12 months to November 2005.

He said the private sector's share in the increase credit was 97 per cent up from 63 per cent recorded in 2004.

According to the Governor the services and manufacturing sectors were dominant in the distribution of the credit flow within the private sector.

On private inward remittances, Dr Acquah said a total of 4.25 billion dollars was received from January to November 2005 of which 1.27 billion dollars represented remittances from individuals. Gross international reserves reached 1,874 million dollars, which translates into 3.7 months of imports, at the end of December 2005. On the outlook, Dr Acquah said there would be a continued progress along the path toward low stable inflation and increased GDP growth with relative exchange rate stability, given prudent implementation of fiscal monetary framework.

Dr Acquah said of importance in the underlying fiscal and monetary dynamics would be a good alignment of public spending with resource inflows, including timely disbursements under the multi-donor budget support mechanism to maintain projected spending levels.

You're A Blatant Liar; I've Never Attacked Any Religious Lea...
26 minutes ago