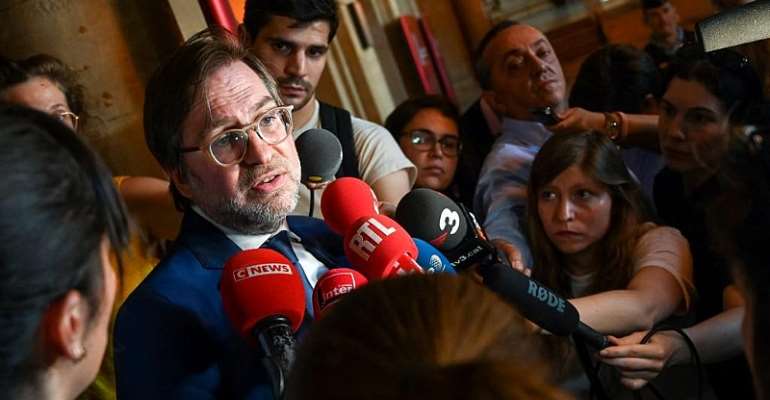 France's highest appeals court said Friday that the life support mechanisms keeping a severely brain-damaged man alive can be turned off "from now", a lawyer for his wife said, in the latest legal twist in a landmark right-to-die case.

Vincent Lambert, 42, has been in a vegetative state since a 2008 traffic accident, with the question of whether to continue keeping him alive artificially bitterly dividing his family and the nation.

"This definitely ends the matter," said Patrice Spinosi, legal counsel for Lambert's wife Rachel, who believes the most humane course of action is to let her husband die.

"There is no other recourse possible because there are no more judges to appeal to," he said.

The ruling reverses a decision by another Paris court which last month ordered that Lambert's feeding tubes be reinserted, just hours after doctors began switching off life support.

The Cour de Cassation did not consider the arguments for or against keeping Lambert alive, but only the question of whether the lower court was competent to rule on the case.

In Friday's decision, it found that the appeal court was not competent in a ruling that is final.

The emotive case has taken the warring Lambert family to the top tribunals in France and Europe, with Lambert's parents, who are devout Catholics, fighting a six-year legal battle to maintain his treatment.

But his wife, along with doctors, six of his siblings and a nephew have been hoping Friday's decision would end the legal battle once and for all.

Lawyers for the parents are now threatening to press "murder" charges if his life support is halted.

Right to die, or not
The May 20 court decision had itself reversed an earlier ruling giving doctors at the hospital in the northwestern city of Reims the green light to remove Lambert's feeding and water tubes.

The Cour de Cassation was asked to rule on that judgement in an appeal by the French government and the Reims hospital.

The case has rekindled a charged debate over France's right-to-die laws, which allow so-called "passive" euthanasia for severely ill or injured patients with no chance of recovery.

President Emmanuel Macron had in May rejected calls by Lambert's parents and others to intervene to keep him alive, saying the decision to stop treatment "was taken after a constant dialogue between his doctors and his wife, who is his legal representative".

The European Court of Human Rights also rejected an appeal by Lambert's parents.

But the UN committee on disabled rights asked France to keep Lambert alive while it conducted its own investigation into his fate -- a request the French government rejected as non-binding.

Lambert's wife says her husband had previously told her he would not want to be kept artificially alive if in a vegetative state -- a position he never put in writing.

But his mother Viviane has insisted he "just needs something to drink and eat, and love".

She, his father Pierre and two of Lambert's other siblings are adamant that he is not at the end of his life.

The case has even drawn in Pope Francis, who tweeted last month that it was necessary to "always safeguard life, God's gift, from its beginning until its natural end".