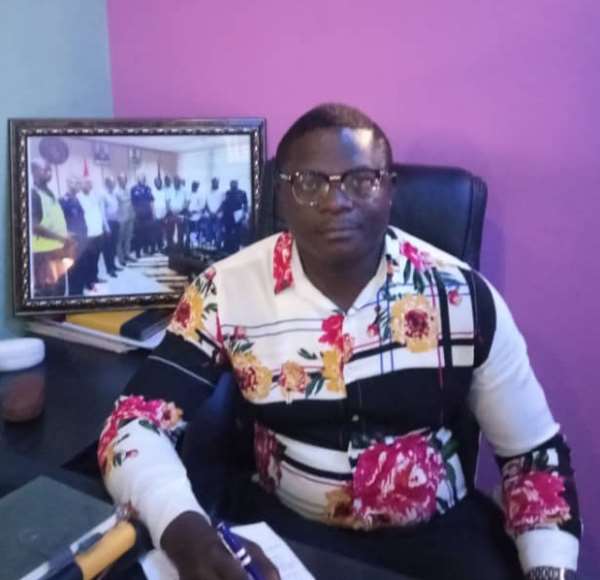 MEMBERS of Vehicle and Asset Dealers Association of Ghana (VADAG) have threatened to stage a massive demonstration on July 3, 2019, if the government fails to withdraw the Luxury Vehicle Levy (LVL), imposed on vehicle owners and importers.

The levy is payable by owners of motor vehicles on the date of the first registration and subsequently upon renewal of the annual roadworthy certificate of the motor vehicle.

The levy is also payable on existing motor vehicles registered prior to the introduction of the Act.

In a press briefing, the President of Vehicle and Asset Dealers Association of Ghana, Mr Eric Kwaku Boateng says the luxury tax is collapsing their businesses in the country.

Mr Boateng who doubles as the Chairman of Coalition of Economic Associations of Ghana, stated that 25 percent of the 150,000 vehicles imported into the country annually are luxurious vehicles.

He expressed his frustration saying that the policy introduced by the Minister of Finance, Mr Ken Ofori-Atta in 2018 has been detrimental to the car-selling industry nationwide.

According to Mr Boateng, the government implementation of this levy has deterred many Ghanaians from buying these vehicles and has also forced owners of such vehicles to abandon them.

He revealed that all efforts through series of meetings they held with the government through the Minister of Finance to scrap or do something to the luxurious vehicle tax have yielded no possitive results.

"We have sent series of petitions to the government through Minister of Finance to remind it that our car importation business is dying since the imposition of the tax on the luxury vehicles in August 2018. But it seems that the government was adamant to our concerns and even it does not want to listen to us again on the tax issues. We meet with the Minister of Finance over the matter a couple of months ago and he promised to do something on the tax in two weeks time.

"But the said two weeks promised was gone longtime without hearing anything positive from the Minister of Finance. So we have now feel neglect and have no other option than to decide hit the streets on date aforementioned date to protest against the levy which was introduced by the government in August 2018 specifically for vehicles with engine capacity of 3.0 litres and above.

"What has been their great worry now was the people are not buying our cars again and even the owners of the luxury vehicles have came for their cars because of the tax. In fact we had voted for President Nana Addo Dankwa Akufo-Addo for change but the luxury vehicles tax imposed on us is now making our business to die or even collapsing our car business," Mr Boateng lamented.

According to him, their action was not ostensibly to sabotage the current New Patriotic Party (NPP) government but they cannot sit down for their car business to collapse under the NPP administration which he said some of the car and asset dealers have even helped financially to win political power in the 2016 general elections.

He stressed that they have given a one-week ultimatum to the government to act or face their anger, adding that they were prepared to embark on a series of demonstrations across the country if fails to listen to their plea.

According to Mr Boateng, over 5,000 supposed luxury vehicles have been parked in various garages across the country as prospective buyers have refused to buy them because they were trying to avoid the levy.

He said those who went for loans to import their vehicles are unable to pay back and are being harassed by their bankers.

Others, he said have not been able to afford their children’s school fees their businesses were suffering their investments locked up vehicles parked at their garages.

For his part, the Chairman of the Drivers Association of Ghana, Mr David Aboagye in an angry tone also pilled pressure on President Akufo-Addo to endeavour to put in place pragmatic measures to reduce price on the fuel and petrol products.

He indicated that the price on the cruel oil in the international market has been reduced.

He mentioned that the government of Ghana

has policies if the oil crue price in international market is high the government would also increase the price on fuel and petrol products in Ghana.

He stated that the government is good of imposing high taxes on fuel and petrol but expressed wonder why the government was doing a little for the rehabilitation of many bad roads which bad nature was adversely affecting the driving businesses in the country.

Doctors threaten strike from October 1 over arrears
45 minutes ago