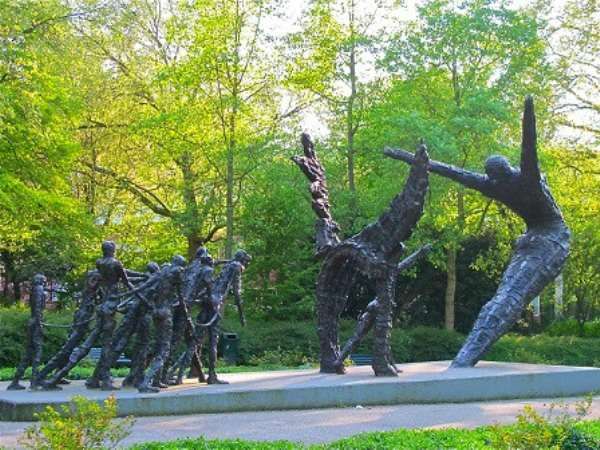 To many people, this Biblical quotation found at Song of Solomon 1:6, means every black person deserves to be a slave, else why would others take the colour of someone as an advantage to oppress the person?

Foreign powers commit crimes with pride on the black continent with impunity. We know the history of Belgium King Leopold II, one responsible for the killing of over ten million Africans, including women and children, during the colonial era, yet, being honoured with statues and streets named after him throughout Belgium.

After slavery, Africa suffered colonial aggression, Apartheid, and medical crimes, yet no one cares about the bitter experience of this particular continent. It, therefore, came as a shock to me when I read that the city of Amsterdam is to issue an apology for the role they played in slavery.

According to a historian called Karwan Fatah-Black, Amsterdam has every reason to apologize for the prominent role that the municipality played in slavery because Amsterdam had a strong involvement with the then colony of Suriname.

The research by Fatah-Black, affiliated with the University of Leiden, reveals that. He responds to the wish of a large majority of the city council that Amsterdam will apologize in 2020, for its role in the history of slavery.

Fatah-Black recently published a book about the Society of Suriname, which is about Amsterdam's involvement. The municipality was one of the three owners of this Society, the company that ran Suriname between 1683 and 1795. The other two shareholders were the West India Company and the Van Aerssen van Sommelsdijck family.

The entrepreneurs found it interesting, especially because of the sugar trade and the possibilities to build ships for the trips to Suriname. The Society crushed the resistance of the indigenous population, set up sugar plantations and started trading slaves who had to work there.

From 1683, this company was responsible for the transport of thousands of men, women, and children from Africa to Suriname. The mortality was huge. The Society managed Suriname as a company, in the first instance, it was all about profit.

There was hardly any interest in other human affairs. The people of Suriname had to pay principal money and that flowed directly into the greenhouse of the Society.

The Amsterdam administrators, including mayors, were well informed, says Fatah-Black. The decision to ship African slaves to Suriname was taken without further discussion.

“They don't only know about the slave trade but also had the moral awareness that this was wrong. At that time, there were preachers who were against it.

The city itself was already slave-free, but the municipality made the choice to allow slavery overseas, "says Fatah-Black, who studied at the University of Amsterdam.

According to him, further research could be done into the exact involvement of Amsterdam with the Dutch East India Company and the West India Company, which also played a major role in the slave trade.

Apologies from Amsterdam for the history of slavery would be a very important gesture, says Fatah-Black. "That is recognition. I think that will be a lifted burden. ”After the abolition of slavery, this topic has not been discussed for a long time. "Many generations of descendants have never received any recognition."

In recent years, slavery has gained a greater place in our history. The placement of the monument in the Oosterpark was important, according to Fatah-Black, just like the mention in the canon of Dutch history and the presence of King Willem-Alexander and Queen Máxima at the commemoration of the abolition of slavery. But there are no apologies yet.

Fatah-Black finds it logical that Amsterdam takes the lead, as a capital, but also because of its long history of slavery. "We are proud of the Golden Age, but society will get better if it also recognizes the negative aspects of history."