Focus on Africa: Kenya prepares for the end of Uhuru 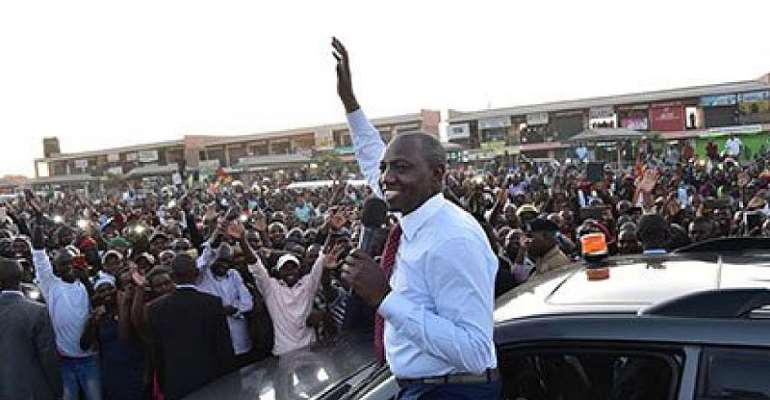 The security services in Nairobi have beefed up security around Deputy President William Ruto after an alleged assassination plot.

President Uhuru Kenyatta ordered the measures after learning from Ruto about secret night meetings in a Nairobi hotel, allegedly to plan his political downfall and assassination, the Standard reports, quoting highly-placed sources.

Just a midnight meeting?
Lawmaker Moses Kuria admitted coordinating the meeting convened at the president's request to address grievances about insufficient development projects in the Mount Kenya region. This is according to Kenyan Star reporter, Emmanuel Wanjala.

In a television appearance on Tuesday, the Gatundu South MP later warned that "you cannot seek to retain power even at the cost of killing people or seek power by all means including falsifying facts and playing propaganda”.

Meanwhile, the Daily Nation says the focus of the Ruto murder plot probe has shifted to the authors of mystery letter.

According to the publication, President Uhuru Kenyatta took the report of the alleged assassination plot seriously, and consulted senior security and military chiefs.

Probe leading to cabinet
The Nation quotes experts as saying that police investigations might not proceed beyond verification of the whistle-blower's letter, as nobody has filed a formal complaint about the matter.

The Standard takes up speculation that an unnamed cabinet secretary authored the letter and that police are exploring the theory that the alleged plot is a hoax.

But in a key reaction to the political heat generated by the affair, several Kenyan media outlets relay a warning by former Vice President Musalia Mudavadi that the government could grind to a halt because of "high levels of mistrust and animosity in the cabinet".

Political high fever
According to the Daily Nation, 19 months into his final term, President Kenyatta who was looking forward to a quiet political moment at State House, appears caught in the political fever that has gripped Kenya over his succession.

"There are supposed to be cabinet meetings once every week and you begin wondering how the President and the Deputy President can keep running the country with a cabinet split along loyalty lines," observes Kenyan political commentator Barack Muluka.

As he pointed out, it's always been a marriage of convenience since they came together to form the victorious Jubilee Alliance in 2012 and 2017.

Incongruence of interests
“Whatever the political premium the Deputy President may have had and brought on board has been expended”, says the renowned journalist who worked as a strategic communications consultant during the last two presidential campaigns in Kenya.

According to Muluka, William Ruto being aware of that, will be posturing and trying to cast his "political comrade at arms" in some negative light as somebody you cannot trust.

Hence Barack Muluka's expressed conviction that there is an incongruence of interests between the two.

“It is going to be very difficult, for the two, to find a lasting formula that can give them a common goal from now onwards to 2022,” says the respected political commentator.