Foreign nationals said to confess to protests after Mauritania vote 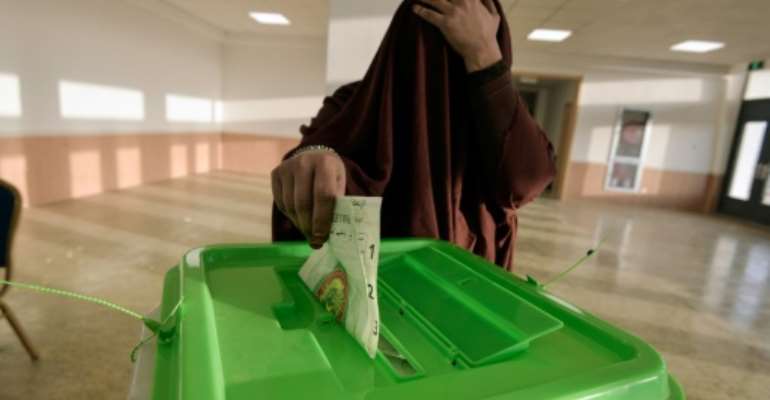 Mauritanian opposition leaders have accused the authorities of fixing last weekend's election and imposing a "state of siege". By Sia KAMBOU (AFP/File)

Mauritanian television has broadcast detained foreigners purporting to confess that they had taken part in protests against the outcome of last weekend's presidential elections.

State TV showed individuals from neighbouring countries, including Senegal and Mali, "apologising to the Mauritanian people" for fomenting protest.

The foreigners, whose faces were blurred, stated their name and background in the broadcast late Wednesday.

The authorities have said they have arrested about 100 foreign nationals, accusing opposition parties of being in contact with outside forces seeking to destabilise the country through protests.

Opposition leaders have accused the authorities of fixing the ballot and imposing a "state of siege".

Ghazouani, a former general, is a close ally of outgoing president Mohamed Ould Abdel Aziz who stepped down after serving a maximum two five-year terms.

The election represents the country's first democratic transition of power since independence from France in 1960 but opposition protesters have said the vote was flawed.

Access to websites, social networks and emails remained blocked on Thursday after being cut off on Tuesday, AFP correspondents said.

But internet was restored to financial institutions to allow them to operate, according to banking sources.

In the capital Nouakchott there was little sign of the security forces after the deployment of soldiers to key locations earlier in the week.

Ghazouani will make a statement on Friday to thank his campaign team and supporters, his spokesperson said.

He has received congratulations from countries including Morocco, Algeria, Mali and France, which commended the "smooth conduct" of the election.