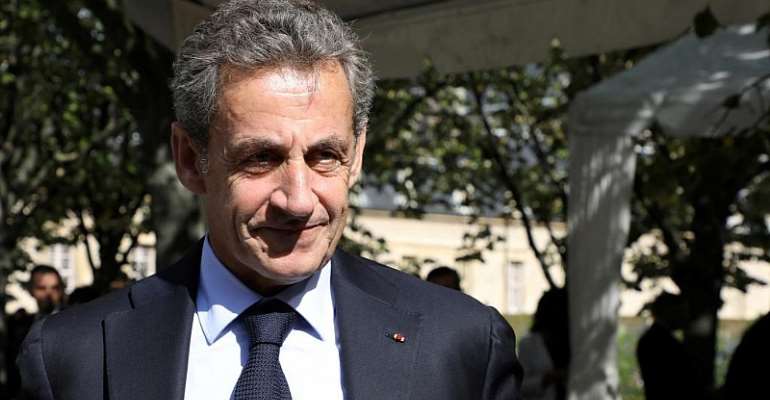 Today's press review is actually a book review. That's because former president Nicolas Sarkozy has published a new volume, his third in three years. It's called Passions. The publishers have bashed off 200,000 copies of the 368-page monster, and it's coming soon to a beach near you.

This is the story of Sarko's eventful political career, from his first speech as a young right-wing militant in 1975 to his accession to the highest job in the land 32 years later.

On page 2 he assures us that his descriptions of individual personalities are purely motivated by a desire to throw additional light on certain decisions and events. “I get no pleasure from destruction,” he tells us. “I have never felt hatred for anyone.”

When you read that sort of stuff right at the start, you tend to expect the worst. Especially when he goes on to promise that he's not out to settle scores. “There'll be no acrimony, no nastiness,” he repeats. If your name is François Fillon, for example, or Dominique de Villepin, you are already digging up the hatchet. And François Hollande probably has an appointment with the grinder.

The two most recent books, both of which appeared in 2016, were supposed to mark Sarkozy's return to the political arena, specifically his effort to win the right-wing presidential primary. The books were a great success, the political return less so. But that's history.

This time, there's no car to sell, so, no project, no promises, just a series of anecdotes covering the moments which have marked the life of a colourful and frequently unconventional political character.

My guess is that they'll need to print another run by the end of the week.

Le Figaro reports that this entire opus was hand-written in six months by the man himself, black biro on white A4, not a shadow of a ghost writer to be seen. The manuscript shows practically no corrections or amendments.

What a man!
And his own characteristics are, according to himself, a love of risk, audacity, panache and charisma, anything other than a quiet life in the bourgeois shallows. At least he has avoided that.

What's in a name?
Sarko may have a problem with the name “François,” because Le Monde sees Fillon and Hollande as the prime targets of this political memoir.

François Hollande is accused of “brutality” during the handover of power between the two men in 2012, to say nothing of his political error in attempting to be an ordinary president; François Fillon is clearly not forgiven for his alleged efforts to speed up judicial proceedings against Sarko. “I thought he was capable of fidelity. I thought I knew the man. I learned my mistake.”

Sarkozy seems to like the current president, Emmanuel Macron, and to appreciate particularly the first lady, Brigitte Macron, admiring her “simplicity and sincerity”. She's a “woman of quality” in Sarko's estimation.

The current president showed attention, cordiality and delicacy on the occasion of the death of Nicolas Sarkozy's mother. And he invited Nick and Carla to the Elysée. That sort of thing counts for a lot.

But it doesn't stop the older man from remarking that “youth is a great advantage when you are on the way to a position of power, but a terrible weakness when you start ruling”.

Sarkozy admits that, perhaps unconsciously, his own younger self was always trying to impress Jacques Chirac.

There's more to life than politics
By the time he himself arrived in the Elysée, Sarko surprisingly felt freed of a burden. “I was 52 years old and I had five years of action ahead of me,” he says, having been “carried, pushed and boosted” to the top job by his supporters.

But he now refuses to allow the political horizon to limit his life.

There's no mention in Passions of any of the legal cases pending against the former president. But he does reflect on the Clearstream affair, in which he fingered Dominique de Villepin, saying that those who are innocent have nothing to fear from investigation and clarity.

That, as François Fillon might have said, is a dangerous game of marbles.

Apart from Simone Veil, his own mother, his wives and Brigitte Macron, women don't get much space or praise from Nicolas Sarkozy. He notes that some of the élite women in the political realm have shown themselves more capable of treason and cruelty than their male counterparts. That is, frankly, setting the bar very high. Or low, depending on how yoiu look at it.

As for those currently vying for control of the dysfunctional family that is the republican right wing, they are described as sectarian, thriving on discord and division. Those who are leading the various factions will, Sarkozy suspects, all end up disappointed.

And the titular Passions?
If you haven't already guessed, Nicolas Sarkozy is passionate about life, France and politics, in roughly that order.

And life, he adds, is a series of re-births. Which is a bit worrying.

Old Nick insists that he has no intention of making a political return. But 368 pages is a lot if you simply want to say bye-bye.

We have been warned.