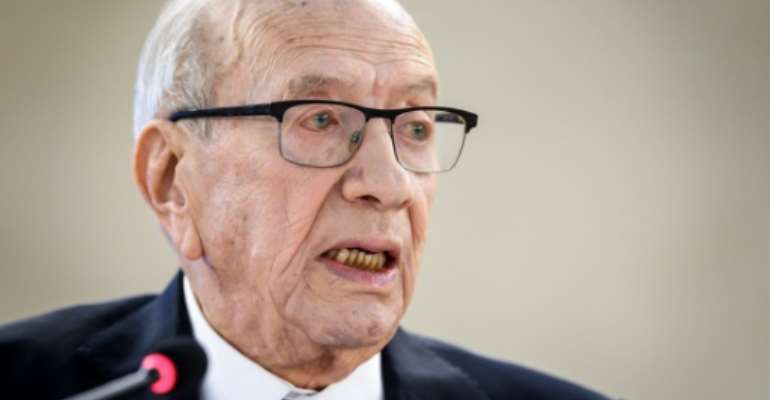 Tunisian President Beji Caid Essebsi was in "critical condition" Thursday after being taken to hospital with a serious illness, a key adviser said.

The 92-year-old leader "was taken seriously ill and transferred to the military hospital in Tunis," the presidency said on its Facebook page.

Shortly afterwards key adviser Firas Guefrech said on Twitter that the president was in "critical condition".

The announcement came after two suicide attacks in Tunis on security forces killed a policeman and wounded eight people.

Last week, a presidential adviser said that Essebsi had undergone routine medical tests while another said he had suffered from a slight "discomfort".

A veteran politician, Essebsi served as an adviser to Habib Bourguiba, the father of Tunisia's independence from France, holding a number of key jobs under him and later under Ben Ali.

Over the years, Essebsi was director general of the national police and interior minister. He later held the defence portfolio before becoming ambassador to France.

After a subsequent posting as Tunisia's envoy to Germany, he was named foreign minister.

He also served in parliament, holding the speakership in 1990 and 1991.

He became prime minister after the 2011 uprising and organised parliamentary elections later that year.

Essebsi is the founder and chairman of the secularist Nidaa Tounes (Call of Tunis) party.

In April he said he did not plan to stand for re-election in polls due to be held in November this year in order to make way for someone younger.

Presidential elections are scheduled for November 17, after parliamentary elections which have been set for October 6.