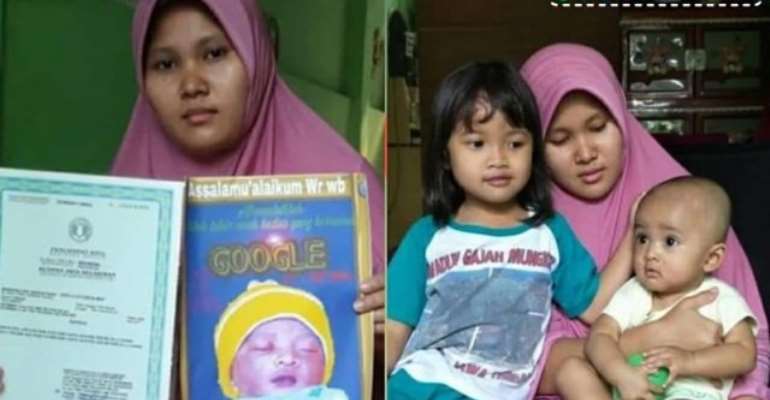 Local media in south-western Indonesia’s West Java Province recently reported that the boy’s mother, 27-year-old Ella Karin was too embarrassed to reveal his name to the world for the first three months, referring to him solely as ‘baby boy’.

She has grown quite fond of Google, though, and now says that she hopes her son will become “a leader” of “many people”.

Asked why they didn’t at least include a surname or a second name on Google’s birth certificate, Andi Cahya Saputra said that he didn’t want to “dilute” the essence of the boy’s special name.

“I told my father, ‘Pak, Google has a great meaning, because I hope Google can help many people, become a useful person to others,'” Google’s father added. “Google is number one in the world, the site most visited by people.”

Ella admitted that people like to joke about their choice of name for their son, saying that if they ever have another child they’ll name it “WhatsApp”, but she says it doesn’t bother her that much, because they just don’t understand the “meaning” of Google’s name.