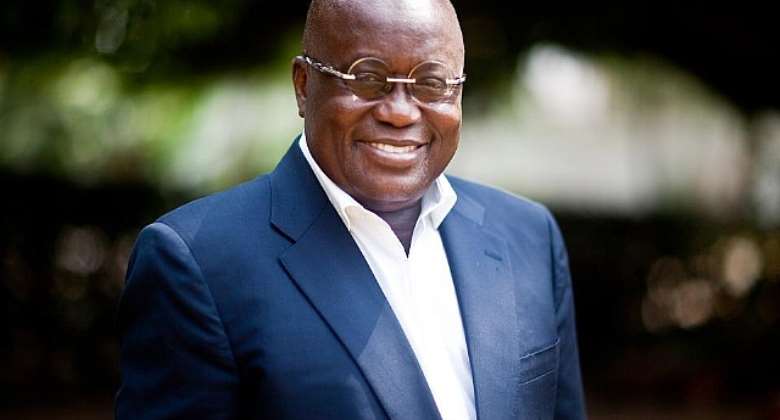 Of course, notwithstanding the faecal reputation of the “Daily Post”, which has some semblance to the general idea of journalism in Ghana, especially the stinking NDC type, let me thank the editor for briefing us on the “Making Ghana Great Again” itinerary of His Excellency President Akufo-Addo. You see, we have a healthy and enthusiastic President, who is almost rambunctious with his zeal to restore Ghana’s dignity; that same one tattered by the PNDC/NDC era, and restored by John Agyekum Kufuor only to be shredded again by the profligacy of two NDC governments, most especially by the John Mahama administration, which the Daily Post, ironically, saw nothing wrong with.

In effect, we cannot take chances with Akufo-Addo’s safety at all, because we are at the point of no return, having diverted away from the destructive path of John Mahama’s insensitivity as President, albeit the ripples continue to shake our economy like post-earthquake tremors that complete the havoc wreaked by the major one.

Anyway, Airbus is not German. It is a Multinational Aerospace Corporation registered in the Netherlands. So this is where Daily Post’s propaganda is pronounced “Dead”! Secondly, who said that the Airbus 318 executive jet takes 18 souls on board? It can be configured to take much more since even in commercial configuration it seats up to 113 passengers. This is the second bullet to shoot the Daily Post’s foolishness down! In another instance, the Falcon 900 Presidential Jet that John Mahama fraudulently obtained by overshooting the cost, allegedly, and for which he built an absurdly over-priced two million dollar hangar to house it was poorly maintained. I suggested some time ago to the government that this plane should be sold and replaced with a more efficient aircraft. I hope they do exactly that. This can be done with less than the amount used to purchase it. Conversely, the cost of changing the Engines of the aircraft is a very expensive venture, which means that opting for another well-maintained aeroplane will be the more prudent way of handling the President’s safety. So who is the Daily Post fooling? Ah well, of course, the NDC tramps can easily be taken for a ride due to their infamy for foolish gullibility!

Juxtaposing the Daily Post’s propaganda of overspending to President Akufo-Addo’s cost of the Caribbean trip, I shall make reference to just one of the uncountable cases of corruption, malfeasance, misfeasance, and nonfeasance of John Mahama and the NDC. On the infamous trip of John Mahama to NewYork in which he visited CNN and allegedly posed in a commercial for Samsung, he took along with him an entourage of 100 people costing the State six million US Dollars. Compare that cost with the Caribbean trip of President Akufo-Addo, which was at the barest minimum of approximately one/twentieth or less of John Mahama’s New York trip. This translates to almost three hundred thousand USD or less. Now you’d notice that President Nana Addo Dankwa Akufo-Addo not only loves Ghana and Ghanaians, but he is working extremely hard to ensure that every pesewa is used judicially to ensure accountability and a healthy pursuit of the Ghana First agenda!

He will continue to fly with whatever aircraft that can keep him safe in the skies, and at far less cost than the trips of John Mahama, whose selfish interests had always been at the expense of the poor citizenry!

But you see, Nana Akufo-Addo is like gold, the more he is struck the brighter he glows! #DieWithYourJealousy