Who and What does this Vociferously Partisan Prophet Emmanuel Badu Kobi Think He is? 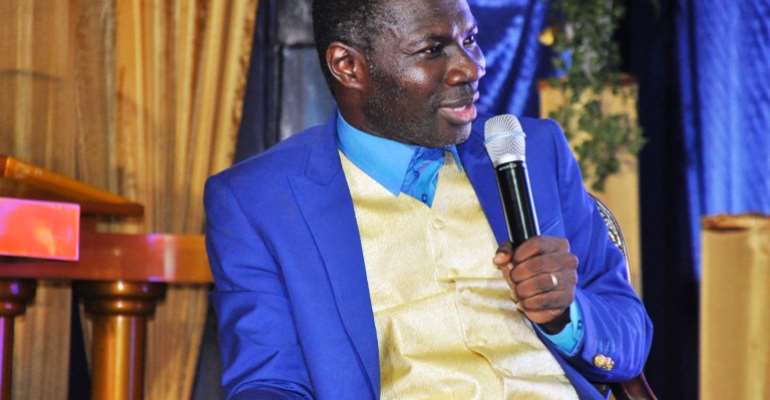 I have had an opportunity to listen to, read and watched the messages and video postings by one self-styled Ghanaian prophet going by the name Prophet Emmanuel Badu Kobi. He is said to be the founder and leader of the Glorious Wave Church International, one of the mushroomed "one man" adulterated Christian churches in Africa in general, and Ghana in particular.

I am highly concerned about how he carries himself about, fake and partisan as he is. He always has the shameless audacity to make predictions which do not come to pass, yet he has a teeming clueless congregation that holds him in high esteem. Further to his over-the-bar so-called predictions which are solely doom-saying, as they are obvious to all discerning Ghanaians except those who are living in fantasy world or in cloud-cuckoo-land, he brazenly disrespectfully issues orders to His Excellency the President, Nana Addo Dankwa Akufo-Addo.

This so-called man of God but who indeed is a devil incarnate deducing from his numerous false prophecies, partisanship and his quest for material wealth, total insubordination to the President, His Excellency Nana Addo Dankwa Akufo-Addo, all for the satisfaction of his hallucinatory machismo as a die-hard NDC member, must be cut to size. I am going to attempt to reduce him to Mr Nobody, inferring from his own false prophecies, pronouncements and dangerous encouragements to people to involve themselves in criminal activities.

How can a man of God, encourage people, especially his church members or whoever, to take to gambling, thus, play lottery and deal in cocaine? Does he not know that cocaine is a "Class A" drug and whoever is caught dealing in it will be arrested, prosecuted for dealing in contraband drug and subsequently convicted and sentenced to years in prison? How justified and Christian is he to say that he does not gift cars to poor people but the rich? What then does he give to poor people assuming that such poor persons cannot afford the running costs of the cars?

If he has no personal animosity against His Excellency Nana Addo Dankwa Akufo-Addo, for reasons only known to him and satisfactory to his warped mentality, why couldn't he approach the President in a sensible manner to convey his grievances and/or observations to him rather than bashing him at any least chance he gets with same believing that he is advising the President? It is only a fool who will believe that Emmanuel Badu Kobi, a false Baal prophet as he is, is actually redirecting the steps of His Excellency Nana Addo Dankwa Akufo-Addo.

How are the President and the Finance Minister collapsing people's businesses? I need to be educated on this, please. If indeed they are, then they had better stop as they cannot preach about creating jobs for the unemployed while discreetly collapsing others' businesses as alleged by malevolent self-styled prophet Emmanuel Badu Kobi. Does Badu Kobi understand what is a Ponzi Scheme? Are most of the microfinances that have collapsed not truly been deemed Ponzi schemes? He had better go to educate himself on some subjects he does not understand very well before going public to make a big laughing stock of himself.

"A Ponzi scheme is a form of fraud that lures investors and pays profits to earlier investors with funds from more recent investors.[2] The scheme leads victims to believe that profits are coming from product sales or other means, and they remain unaware that other investors are the source of funds. A Ponzi scheme can maintain the illusion of a sustainable business as long as new investors contribute new funds, and as long as most of the investors do not demand full repayment and still believe in the non-existent assets they are purported to own".

"The scheme is named after Charles Ponzi,[3] who became notorious for using the technique in the 1920s" – Wikipedia

This is the beginning of my readiness to take on this overly partisan self-styled prophet who indeed sees no any visions but prophesies by closely following the unfolding events hence his prophecies mostly turning out contrary as he predicts.

"A word to the wise is enough". We have had enough of his falsities and absurd bravado.