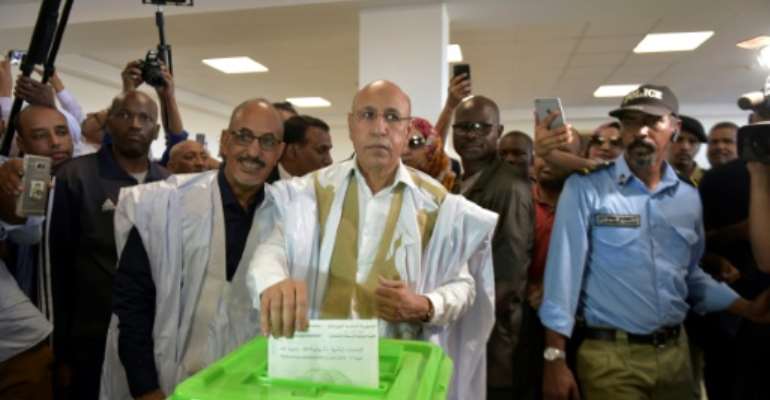 Opposition leaders in Mauritania accused the authorities of imposing a "state of siege" on Wednesday as armed soldiers were deployed in the capital Nouakchott and the internet was cut off, just days after the ruling party won a disputed presidential election.

Ruling party candidate Mohamed Ould Ghazouani officially won with 52 percent of Saturday's vote but opposition leaders have rejected the result, describing it as an "electoral hold-up".

Ghazouani, a former general, is a close ally of outgoing president Mohamed Ould Abdel Aziz, who stepped down after serving two five-year terms.

The election represents the country's first democratic transition of power since independence in 1960 but opposition protesters have said the vote was flawed.

According to Abeid's spokesman, police threw tear gas inside the party headquarters on Monday and smashed windows and doors.

Abeid accused the regime of "pitting Mauritanians against each other to cover up an electoral hold-up and coup".

He and other opposition leaders have complained of balloting irregularities and the expulsion of representatives from some polling stations during the vote.

Access to websites, social networks and emails remained blocked on Wednesday after being restricted from 1500 local time/GMT on Tuesday, AFP correspondents said.

Armed soldiers were deployed near the presidential palace and constitutional council in Nouakchott, two days after police clashed with opposition supporters.

The government on Tuesday said it had arrested more than one hundred foreigners, blaming opposition parties for contacts with outside forces seeking to destabilise the country through protests.

The ambassadors of Senegal, Mali and The Gambia were summoned by the foreign ministry and urged to tell their nationals to "refrain" from demonstrations or disturbing the public order.