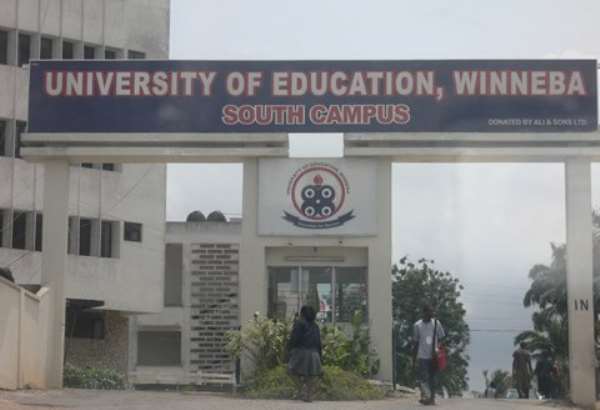 A Cape Coast High Court on Tuesday held that the University of Education, Winneba, neither erred nor breached the rules of natural justice when it fired Dr. Samuel Ofori Bekoe.

Dr. Samuel Ofori Bekoe had called on the court to overturn a verdict of the University’s Disciplinary Committee dismissing him.

The University had dismissed Dr. Bekoe, a Convocation Representative on UEW Council, following alleged threats he issued at the council meeting of February 2018.

Dr. Bekoe, who denied the allegation and went to the Winneba Magistrate Court for redress. His pleading before the court said the university cannot dismiss him on the same grounds which were subjects of ongoing litigation in a court of law.

The administrative processes used by UEW could run parallel to ongoing judicial processes, bearing in mind the fact that the University had to run.

She noted that there must be a fine balance struck between the rights of the individual against the public interest.

The judge in her ruling also said the Vice-Chancellor and the Chairman of the Governing Council have the capacity to activate disciplinary measures against the affected person. She held that they acted within the remit of the law.

Justice Mills Tetteh pointed out that there is no evidence supporting the argument by the applicant that he was not given a hearing by the university.

She drew evidence from the face of the records to demonstrate that several opportunities were extended to the applicant to appear before the investigative committee and the disciplinary board but failed to take advantage of it.

Dr. Kaakyire Duku, Prof Mawutor Avoke and four others filed an application at a Cape Coast High Court in February 2018, against the University of Education, Winneba.

The court process was among others, challenging the dismissal of five officers and demanding their reinstatement. It was also challenging the appointment of the then Ag. Vice-Chancellor and his nomination of three Professors for Pro-Vice Chancellor election, and the holding of April 2018 Congregation ceremonies.

On November 22, 2018, the same court granted an application for misjoinder filed by the 2nd to 4th respondents on the grounds that the University is a legal entity which can sue and be sued.

The court further slated March 22 and April 12, 2019, for the motion of judicial notice on Dr. Samuel Ofori Bekoe’s dismissal and reinstatement, and Dr. Kaakyire Duku challenging the dismissal and seeking reinstatement of Prof. Mawutor Avoke and four other officers formerly of the University respectively.