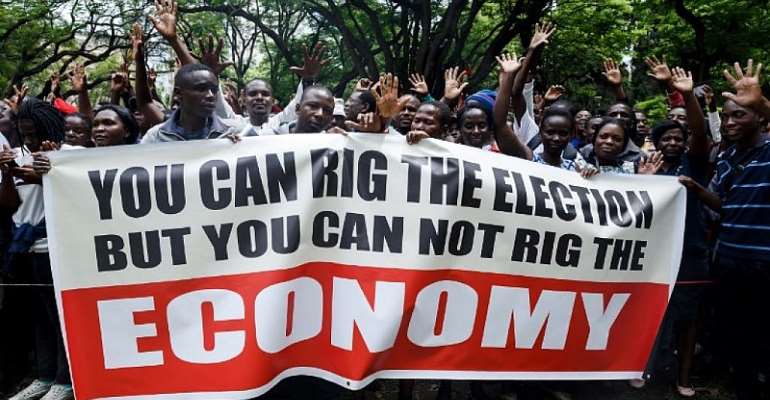 Zimbabwe declares an end to the multi-currency regime and restricts domestic transaction in its renamed Zimbabwe dollar, in an effort to enhance the affordability of goods and services by the majority.

Finance and Economic Development Minister Professor Mthuli Ncube told newsmen in Harare on Monday that the Real Time Gross Settlement (RTGS) dollar was necessary to provide a level plain field for people with and without access to foreign currency.

He said apart from enabling everyone to transact, those with and without access to foreign currency, the new measures would give the Reserve Bank of Zimbabwe (RBZ) full monetary policy control to defend the value of the domestic currency.

Zimbabwe had used a basket of currencies since it abandoned the RTGS dollar in 2009 including the British pound, the US dollar, the South African rand, and Botswana pula, among others.

Real time dollar
As the markets came to terms with the “shocker” President Emmerson Mnangagwa moved to reassure investors.

The decision doesn't imply a ban on possession of foreign currency but a move to return the country to normalcy, said Mnangagwa, speaking on the sidelines of a UN Wildlife summit at Zimbabwe border town of Victoria Falls.

“People with foreign currency visiting the country would have to exchange it for the local currency at bureau de change or bring their Visa cards and swipe” Mnangagwa said.

“The instrument has all the hallmarks of a hastily concocted measure”, local legal think-tank, Veritas warns in a statement published by NewsDay.

But for economist Ashok Chakravarti who welcomed the development, it was time to stabilize this currency so that people stop suffering from this nonsense of inflation”.

Letters of Credit
Meanwhile the Bulawayo-based Chronicle highlights a move by the Reserve Bank of Zimbabwe (RBZ) to release letters of credit (LCs) amounting to US$330 million for importation of critical commodities such as fuel, cooking oil and wheat desperately needed to cushion the removal of the multi-currency system.

Under the reform, the RBZ is has fine-tuned a mechanism requiring credit agencies to hand over their forex reserves to the Reserve Bank.

The regulator explained that it needed to channel 50 percent towards the interbank system to guarantee access to funding by manufacturers and importers.

According to Chamisa, “Zim-dollarisation requires that macroeconomic fundamentals, public confidence, trust, fiscal discipline, political stability and legitimacy be in place for it to be meaningfully sustainable”.

Back to square one
“Why no one's buying the new Zimbabwean dollar”, headlines Mail and Guardian in nearby South Africa, which has used its strong rand to prop up the recession-hit Zimbabwean economy for decades.

According to the Johannesburg-based publication,while bond notes of the so-called RTGS dollar officially traded at 1:1 with the US dollar, unofficially they began losing value almost as soon as they were unveiled.

This week, it was trading at between 11 and 12 against the dollar, Mail and Guardian noted.

As the newspaper puts it, “consumers have every reason to reject it because the current administration is not from the Mugabe regime which presided over the collapse of the original Zimbabwe dollar.

“When Robert Mugabe's government began to print money to get itself out of political trouble, they could not stop, until eventually the currency was completely worthless”, writes Simon Allison, the publication's Africa editor.

Forex cartels
While the State-owned Herald welcomed the “great move that brings stability in the economy”, the Standard lands a bombshell about a looming “bloodbath in the ruling ZANU/PF party over forex cartels”.

According to the newspaper, an official of the movement's youth League caused a stir on Monday, when he called a press conference in Harare to denounce party bigwigs behind the black market forex scam and who are “choking President Mnangagwa's efforts to revive the economy”.