Akufo-Addo's Daughter, Other CEOs In Trouble Over Poor Performance 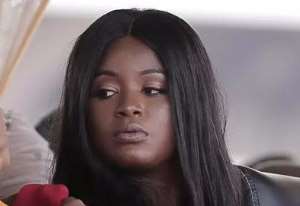 Biological daughter of Ghana's President and Director of the Creative Arts Council, Gyankroma Akufo-Addo, and other appointees have been accused of non-performing and ought to be fired, Association of Graduates in Skills Development-Ghana (AGSD-GH) has said.

In a press statement sighted by Modernghana, the association formerly known as the Unemployed Graduates Association of Ghana alleged Gyankroma Akufo-Addo, and other CEOs have failed to impress the young Ghanaian graduates.

In addition to the non-performing appointees, the former unemployed graduates association also asked the President to relief some Chief Executives Officers and Managing Directors of some state institutions for overaged.

The Association of Graduates in Skills Development-Ghana (AGSD-GH) formerly known as the Unemployed Graduates Association of Ghana is calling on the President, H.E. Nana Addo Dankwa Akufo-Addo to, as a matter of urgency, dismiss all government appointees who have passed the retirement age and all non-performing CEOs and deputy CEOs.

Article 119(1) of the Constitution of Ghana provides that: ‘A public officer shall, except as otherwise provided in this Constitution, retire from the public service on attaining the age of sixty years’. Contrary to this provision of our Constitution which is supposed to be the supreme law of the land, and based on the information we have gathered, the under-listed persons have passed the retirement age but are still at post. As an association concerned about the development of our dear nation and the creation of an enabling environment for all citizens to thrive, AGSD-GH considers this situation as inimical to the welfare of the State and youth development.

AGSD-GH humbly calls on these individuals to retire and place their experience at the service of the nation so they can advise, motivate and inspire the youth. Inasmuch as we understand that they may mean well for this country by serving beyond the retirement age, we cannot come to terms with the fact that they are violating our labour laws which most of them as members of parliament helped to draft and pass into law. We further call on the President to, as a matter of urgency, call these individuals listed below to order or terminate their appointments as information reaching us from their various offices showed that they are either absent from their offices regularly or under-performing.

They are: NON-PERFORMING CEOs AND DEPUTIES