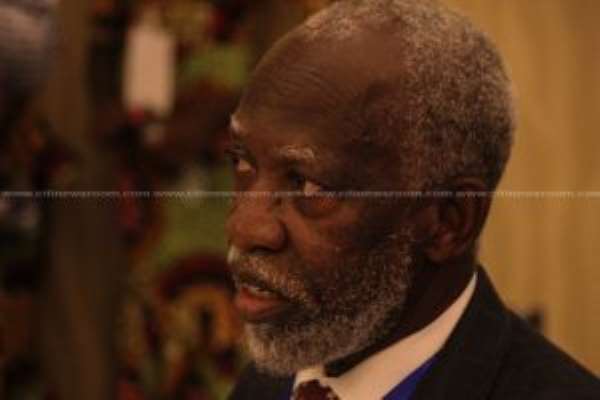 The Chairperson of the National Development Planning Commission and former rector of GIMPA, Professor Stephen Adei, says successive governments have deliberately refused to resource the National Commission for Civic Education (NCCE) to carry out its mandate of educating the public on critical issues such as corruption.

The NCCE has continually complained about the lack of resources to perform its mandate effectively.

Speaking at the 2nd National Dialogue on corruption on the theme 'Public Accountability: Abuse of Office', Professor Addai said the country has sufficient resources to empower the NCCE, and thus sees no reason for the institution to struggle.

“I believe that we have sufficient money in the nation to fund all the needs of the NCCE. I think it is a deliberate attempt to make sure the NCCE does not work. The governments of today will want to give the money to the Ministry of Information because it is their propaganda machine.”

The NCCE earlier expressed concern at the rate of abuse of power by government agencies and institutions.

Speaking at the 2nd National Dialogue, the Chairperson of the Commission, Josephine Nkrumah lamented that abuse of power, as well as corruption, were depleting national resources.

According to Josephine Nkrumah, the rate at which some Government officials abused offices in the past led to widespread mediocrity in the public space as well as leading to a weakening of public institutions.

“These accepted norms and practices properly constituting abuse of office have led to mediocrity and the weakening of institutions…while stagnating national development. It costs the nation resources and money. It pronounces the vulnerability of public office that negates sound policies and takes away the objective of service delivery efficiency to drive socio-economic and democratic growth.”