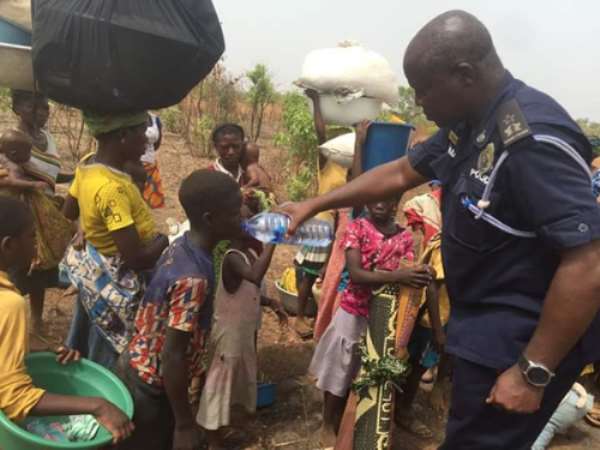 The expression of anger and frustration by IMANI-Africa think-tank Vice-President Kofi Bentil over the protracted and recurring conflicts in the township of Chereponi, in the Northern Region, is undoubtedly quite understandable. But it is also rather unreasonable for Mr. Bentil to demand that President Akufo-Addo bear down hard on the heads of such national security establishments as the Bureau of National Investigations (BNI), the Criminal Investigations Department (CID) of the Ghana Police Service (GPS) and the Minister of Defense, Mr. Dominic Nitiwul, to force a closure to this long-running conflict (See “IMANI Wants CID Boss, Nitiwul, Regional Minister Hanged Over Chereponi Clashes” Modernghana.com 6/1/19).

First of all, we need to fully study, examine and appreciate both the remote and immediate causes of the longstanding feud between the Konkombas and the Chokosis before presuming to prescribe and definitive solution to the same. In the past, sometimes the conflict was between the Konkombas and Nanumbas, and not simply between the Chokosis and Konkombas, as it presently happens to be the case. In other words, what we are talking about here goes relatively far back in time. Just because the equally protracted Dagbon/Yendi Chieftaincy Crisis was so heroically resolved by Nana Addo Dankwa Akufo-Addo, with the yeomanly assistance of His Majesty, The Asantehene, Otumfuo Osei-Tutu, II, means that the President is magically endowed with some sort of Midas Touch for promptly resolving each and every ethnic and/or chieftaincy dispute or crisis in the country by chanting some magical or formulaic words or mantra. That would be rather jejune, to speak much less about the downright infantile to expect.

Instead, what our think-tank specialists ought to be discussing presently should be the origins of the conflict and the historical relations between/and or among the major players in the conflict. And then we can proceed to examine the most constructive methods of bringing definitive closures to these conflicts. Meanwhile, of course, our national security establishment could be studiously engaged in forcibly clamping down on any activities among the factions involved in the conflict that may be deemed to be inimical to the climate of peace and quiet in both the actual locality of the conflict itself and the nation at large. Predicating the ability of the Northern Regional Minister and the heads of our national security agencies to keep their jobs on the prompt and permanent cessation of hostilities among the Konkomba and Chokosi warring factions is not the most expedient or intelligent tack or approach for any leader or the President of any country, least of all the august Democratic Republic of Ghana, to take. Better try next time, Mr. Bentil.