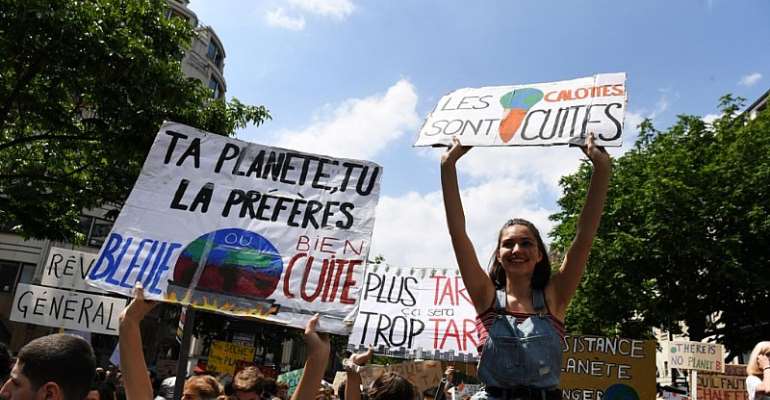 France is falling way short of its self-set climate targets as carbon emissions from transport and buildings are not dropping as planned. The government will have to triple its efforts to get back on track, the country's new climate council said.

In its first report, France's newly appointed independent climate advisory council, the Haut Conseil pour le Climat (HCC) said that in 2015-18, emissions fell by just 1.1 percent, just over half the 1.9 percent that was prescribed.

France was the driver behind the 2016 Paris Agreement to limit global warming and the French parliament is now debating an energy bill that targets net zero emissions by 2050.

Consumer behavior
But environmentalists say that apart from setting bold but faraway targets, President Emmanuel Macron is doing little to change consumers' behaviour and is leaving hard decisions to his successors.

The head of the new climate council – set up by Macron's government – seemed to echo that critique, saying that while France's commitments are ambitious, they are unlikely to be met with current policies.

"As long as action on climate change remains on the periphery of public policies, France will not achieve carbon neutrality by 2050," said HCC chief Corinne Le Quere, a Franco-Canadian climatologist.

Set up in May, HCC's role is to advise on the change to a low-carbon economy and is modelled on the British Committee on Climate Change (CCC).

"It's not enough to talk about climate emergency, Emmanuel Macron and his government need to seriously start tackling the problem," Greenpeace France chief Jean-François Julliard said.

Efforts to curb transport emissions through taxation have repeatedly run up against protests in recent years.

Late in 2018, Macron dropped a planned increase in car fuel taxes after "yellow vest" protests against it morphed into a sometimes violent movement challenging his wider reform plans.

Macron's predecessor Francois Hollande also had to back off from a plan to reduce road transport after angry truckers destroyed gantries meant to charge fees on trucks.

Ambitious programmes to better insulate homes have stalled as consumers did not take advantage of complex tax breaks.

Imported emmissions
HCC also recommends that France's carbon targets should include imported emissions, to account for the carbon emissions hidden in goods manufactured in other countries.

Prime Minister Edouard Philippe said in a statement he had received the HCC's report and that the government would formulate a first response to its recommendations early in July.

"Climate change is now, more than ever, a government priority," he said.