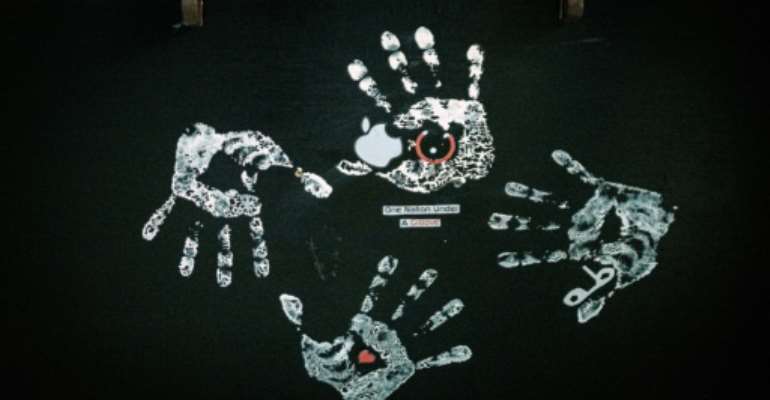 A surge of freedom has taken over Sudan's underground music scene since the army ousted longtime ruler Omar al-Bashir in April after months of nationwide protests. By Yasuyoshi CHIBA (AFP)

During the day, Gadoora checks his patients at a clinic near Khartoum, but at night he locks himself in his room rapping songs which echo the sentiments of Sudan's "revolution".

"The revolution broke the long-standing wall of fear," said Gadoora.

"Songs have become much more daring now," added the doctor, who chose to use his stage name.

A surge of freedom has taken over Sudan's underground music scene since the army ousted longtime ruler Omar al-Bashir in April after months of nationwide protests against his rule.

From rap to afrobeat, musicians living in Sudan and overseas have composed tunes punctuated by some of the protest movement's most popular slogans.

During Bashir's ironfisted rule of three decades, Sudanese rappers had been unable to express themselves openly.

Gadoora, who has been composing music since 2006, had often resorted to metaphors to make political insinuations.

"It's hard to dissociate politics from your daily life," he told AFP at a busy Khartoum cafe.

"No matter how much you try to escape it, it always finds you."

Gadoora is particularly influenced by the June 3 crackdown on a protest camp outside Khartoum's army headquarters that left dozens dead and hundreds wounded.

Days after the carnage he composed "Blood" -- a song that is now online and brings out his feelings of the violent dispersal of the protest.

"The people took to the streets chanting a peaceful slogan looking for freedom but they were greeted by barbaric militias," Gadoora sings the lyrics in a sober voice.

"Their foreheads are smeared with blood for eternity".

Protesters accuse the feared paramilitary Rapid Support Forces, which are part of Sudan's armed forces, for the June 3 bloodshed.

Medics linked to the protesters say at least 128 people have been killed in the crackdown on demonstrators, the majority of them on June 3.

Officials have given a lower death toll of 61 nationwide for that day.

Sudanese artist and singer MaMan, 28, sings at Capital Radio in Khartoum. A surge of freedom has taken over Sudan's underground music scene since the army ousted longtime ruler Omar al-Bashir in April. By Yasuyoshi CHIBA (AFP)

Sudan's ruling generals insist they did not order the crackdown on the sit-in, where thousands had initially rallied against Bashir before pressing on with calls for civilian rule after the military took over.

Musicians still remember the festive, carnival like atmosphere at the protest camp before the bloodshed.

"Music and revolution are just one thing," said Hikmat, dressed in a traditional Sudanese robe and cap.

Sudanese musicians started producing revolutionary songs around six months ago, he said, following the start of anti-Bashir protests in December.

At a villa housing the popular radio station, a vast collection of vinyl records of singers like Bob Marley and Michael Jackson are neatly lined on shelves.

The voice of Sudan's uprising was primarily spread on the internet, which has been largely cut since the crackdown.

"We were fighting the previous regime through the internet," said Hikmat, acknowledging that the blackout is a major setback for protesters.

For singer MaMan, the sit-in was a replica of a utopian society where "democracy" flourished.

"What happened in the sit-in is exactly what we want for our life in the future," said the musician, who did not want to give his real name.

"It was like a small Khartoum ... We did music in the middle of the sit-in and then people just gathered around."

With that he sings his song, "Angora", in a deep voice marked by guttural intonations of the Sudanese Arabic dialect.

"I stand shouting for an hour, looking for peace and justice. Give my bloodied t-shirt to my mama, tell my daughter about her papa," sings MaMan, who sports short dreadlocks.

MaMan, 28, is still shocked by the death of his friend Mohamed Mattar in the June 3 raid.

"Most of the time all I am thinking about is him," he said.

Mattar's death had triggered a social media campaign under the hashtag #BlueForSudan, prompting many users to change their profile photos to plain blue.

"It was hard to look at pictures of the martyrs and then you see your friend," MaMan said, describing his shock when he found out that Mattar was killed.

"I kept checking over and over, and it turned out to be him."

Anti-LGBT Bill: Let's be careful and not generate intense ha...
35 minutes ago