By Christian D. B. Mensah and Martha Oduro-Amoateng 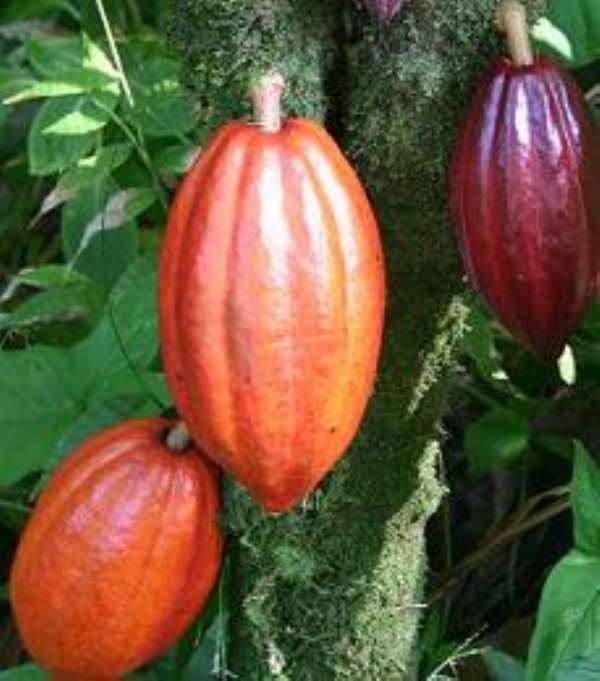 History has repeated itself in the cocoa sector. The Ghana Cocoa Board (COCOBOD) and Le Conseil du Café-Cacao (CCC) of Cote d’Ivoire have achieved a remarkable feat in the cocoa sector by exerting their control, defending poor farmers, setting a floor price and rallying the industry to support it.

The importance of a Cocoa Board as a body that has the necessary powers to regulate and manage the cocoa industry has never been more obvious. The consequences of prices volatility have left millions of cocoa farmers impoverished and the two Cocoa Boards have done what they were set up to accomplish. Protect the interest of the farmer!!! The cocoa price fluctuation has however repositioned COCOBOD and CCC as vital instruments for securing fair prices for farmers.

The need for a Cocoa Board nonetheless has been a subject of disagreement in the past. In an article on West African Marketing Boards published by Oxford University Press on behalf of the Royal African Society Stable African Affairs, in which D. M. WILLIAMS wrote in 1953: “About the value of the Boards there is some dispute; about their importance there can be no disagreement. They market the greater part of West Africa's exports. In the Gambia they market groundnuts, almost the only export; in Sierra Leone they market palm produce, some half of the exports in I95I, as well as some less important produce. In the Gold Coast (now Ghana) the Cocoa Board is responsible for marketing up to £60m. worth of cocoa a year, two-thirds of the value of the country's exports; while the newer Agricultural Produce Marketing Board exports coffee and oil seeds….” His article underscored the sentiments during that period more than 65 years ago.

In our experience working in the cocoa industry for the last decade, we have encountered the same sentiments. Many have asked why the marketing of cocoa could not be liberalised. Now we know that the same question persisted in the early 50s, under the colonial rule in the then Gold Coast. In his 1953 article Williams explained the genesis of the need for a regulatory Board, he stated “You may ask, why could not the marketing of cocoa return to private hands where it had been before the War? It happens, that when the War started, this subject was being actively discussed as the result of the finding of the Nowell Report, itself the result of the cocoa "hold-up" in the Gold Coast in I937. The Nowell Commission found that unregulated cocoa marketing in West Africa served nobody's interests. Their report dealt at considerable length with irregularities in marketing. It found that the trade had been in general unremunerative to buying firms in years immediately before the War. This was largely due to intense competition between the firms which led to various practices which meant that in fact the firms lost money.”

Williams continued that “there was no real opposition to the establishment of a statutory body to be responsible for regulating cocoa marketing. The West African Governments insisted, rightly, that it must be under local control. The British Government proposals in I946 accepted that completely, but went on to explain that the object of the new machinery would be to provide machinery which, by insulating producers' prices for cocoa from the day to day fluctuations in world market values, will enable West African producers to improve their own lot and, as their capacities develop, to assume increased responsibility for the marketing of their own products.”

In recent times, the real opposition to any regulation and conversation about decent prices has come from companies in the industry citing anti-trust laws. I guess the greatest disappointment in the cocoa industry, was when companies sourcing from their sustainability programs and certified beans, failed to up their premium prices to compensate farmers, during the market price fall. Meanwhile, the reverse had always been argued and pursued by companies – higher market prices meant lower premium to farmers. No wonder in our countries today, from Tanzania to Mozambique, farmers of export-oriented crops, from cashew to rubber to palm, are demanding of their governments a regulated market Board to secure their incomes and control the market. History is repeating itself!!! In 2017, the President of Tanzania, Magufuli fired his agriculture minister Charles Tizeba and trade minister Charles Mwijage, for "failing in their obligations" to the cashew industry. Magufuli ordered soldiers to buy up the nuts at $1.44 (R20.82) per kg, higher than the price companies were willing to pay (at $0.65/kg (R9.40/kg), a price farmer said barely covered their production costs). In that sense, it is good for the farmers when Governments use price floors to keep a major commodity price from going too low.

So, having secured a floor price to insulate the income of poor and suffering farmers, in a time when the industry resisted every attempt to pay decent prices to farmers, let there be no further opposition to the existence of Cocoa Boards in West Africa!

The importance of a Cocoa Board is no longer in disagreement. History has vindicated their intent and purpose, which is: to insulate producers’ price for cocoa in the sub-region. As the Chief Executive of COCOBOD is widely quoted in the media as saying: “issues such as the tillage, planting, taking care of the plants, weeding, pruning, fertilisation, spraying, the cost of transporting the beans from farms to the house for drying and margin for buyers, among others, had been considered.” At the heart of the floor price is the Abidjan Declaration, worked out by Ghana and Cote d’Ivoire, with the aim of finding a sustainable solution for the improvement of prices obtained by cocoa producers. As the industry prepares for the July 3rd discussions to determine the mechanism for the new price, it is our hope that history will also repeat itself and farmers’ income will continue to guide the conversation. William stated in his article: “the Gold Coast Cocoa Marketing Board's Ordinance says: It shall be the duty of the Board to secure the most favourable arrangements for the purchase, grading, and selling of Gold Coast cocoa, and to assist in the development by all possible means of the cocoa export industry for the benefit and prosperity of the producers”. History has spoken!!!

So Well done to COCOBOD and the CCC and all industry stakeholders, including policymakers, government officials, cocoa smallholder farmers, traders, cocoa processors, manufacturers and retailers. Thank you Hon. Joseph Boahen Aidoo, chief executive of the Ghana Cocoa Board, for hosting and leading this process in our country. This is historic indeed: “this is the first time when the producers have called consumers and the first time whereby suppliers have called buyers to come and engage on price,” Joseph Boahen Aidoo is quoted to have told the press in Accra. This is a win for all!

As we prepare for July 3rd discussions in Abidjan, perhaps, history has some key lessons to teach us.

As William wrote in his article: “Whether this is good or bad, the Gold Coast Cocoa Board has become an agent of Government fiscal policy. It has been suggested that the huge reserves of the Marketing Boards are a standing temptation to politicians who might use them to carry out election promises;” There is enough evidence in our body politics today but let this history not repeat itself as we go into 2020…a word to the politician is enough. See you in Abidjan on July 3, 2019.