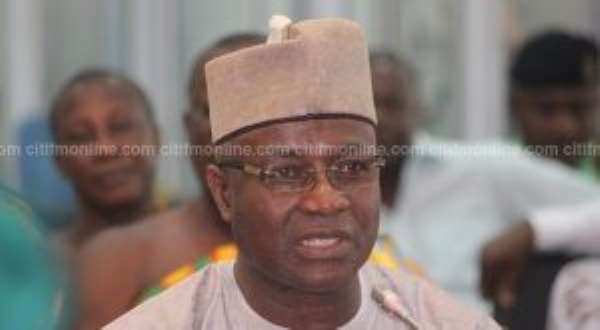 The Majority Leader and Minister of Parliamentary Affairs, Osei Kyei Mensah-Bonsu, says the Akufo-Addo administration socio-economic performance will put the country on the path of growth as the government is on course to delivering promises made during the campaign.

The economy, he noted, had been projected by economists and financial experts to grow by 7.3 percent in 2019, adding that after two years of sluggish growth from 2014-2016, real Gross Domestic Product (GDP) growth also reached 6.7 percent in the first quarter of this year.

Mr. Kyei-Mensah-Bonsu, who was launching a 'Welfare Fund' at Suame in the Ashanti Region, a programme initiated by the Suame Constituency of the NPP for the growth of the party, said by dint of hard work, the inflation rate had been reduced to about nine per cent.

The fiscal account deficit, he noted, improved marginally from 5.9 per cent in 2017 to an estimated 5.7 per cent in 2018, while the average lending interest rates also declined by 4.71 percentage points to 16.23 per cent in September 2018.

The Parliamentary Affairs Minister, who is also the Member of Parliament for Suame, said the NPP Administration believes in promoting pro-poor socio-economic policies to improve the lives of Ghanaians.

For that reason, it behoved on the rank and file of the party to rally behind the government for the successful implementation of on-going development programmes tailored to bring comfort to the people.

They should explain to the masses the policies of the government to help keep the citizenry informed of the direction being towed by the nation.

Dr. John Osei Bobie-Boahin, the Suame Municipal Chief Executive (MCE), said the Municipal Assembly over the last two years had been investing in the economic growth of the area.

He cited agricultural, industrial and business development for the benefit of the people, saying high on its agenda was to promote good governance at the grassroots.

He entreated the NPP members to stay united and avoid acts that had the tendency to draw the party back on its development track.

Mr. Bright Osei Agyemang, the Suame Constituency NPP Chairman, advised the people to contribute meaningfully towards the Fund to help the party build a strong financial base.