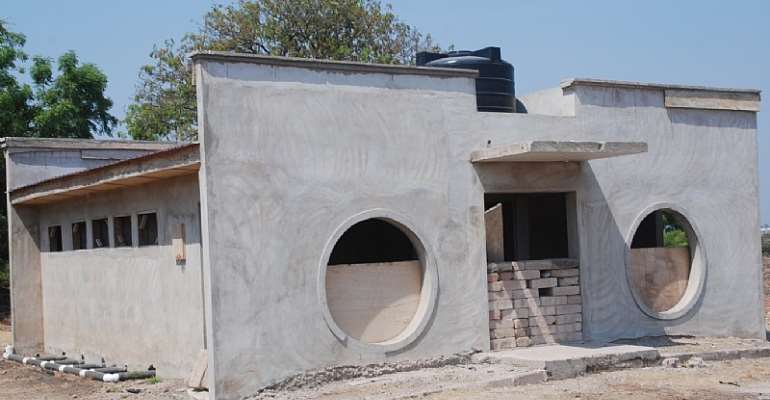 A MODERN TOILET FACILITY UNDER CONSTRUCTION AT AMANTIN

The Atebubu-Amantin municipal assembly is set to prosecute people who break sanitation laws in a bid to improve sanitation in the municipality.

This was part of the sessional address of the Municipal Chief Executive Mr. Edward Owusu at the first ordinary meeting of the assembly in Atebubu.

“Plans are far advanced to impound stray animals whiles we are considering enacting bye-laws in order to facilitate the prosecution of sanitation offenders,” he noted.

The MCE announced that the assembly has completed one 6 seater aqua-privy toilet at Fakwasi and also partnering World Vision Ghana in the implementation of the Community Led Total Sanitation CLTS program in nine communities namely: Old Kokrompe, Asanteboa, Patuda, Boniafo, Primukyeae and Famfour. Others are Abour, Sampa and Bye-Bye.

He said under an arrangement with the Ghana First Company, 28 toilets have been earmarked for construction throughout the municipality 7 of which are at various levels of completion adding that evacuation and levelling of dump sites have also been completed at Tuaboba and Duabone.

“A clean environment will ensure that we have a strong and healthy population who will spend less on medical care and are able to go about their normal economic activities for the improvement of their own well-being and the development of the municipality and the country at large," he concluded.