Lebanon MP urges France to see beyond 'mask' of corruption 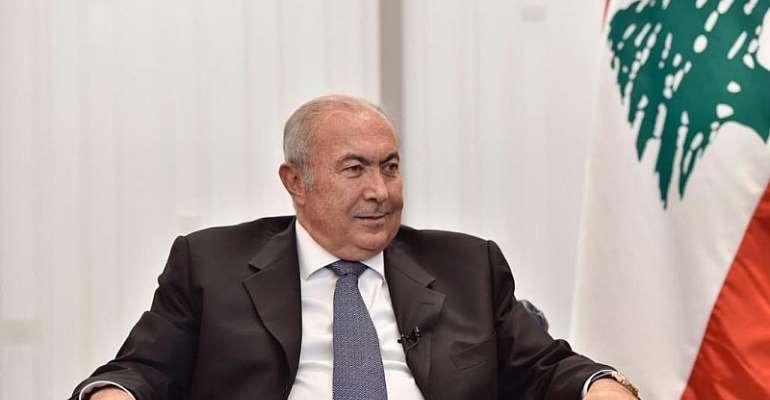 "No more business as usual," that's the message from one of Lebanon's top business leaders and lawmakers to France. Fouad Makhzoumi has appealed to the French government not to turn a blind eye to corruption in Lebanon, as the Arab state battles to pass this year's budget.

"Normally, governments do not like to hear bad news," says Makhzoumi. "They would like to say: 'You're doing the right thing,' and hope that it will go away. Unfortunately, we are the masters of disguise," he told RFI.

Widespread corruption has blighted the Lebanese economy for years, with Makhzoumi blaming it for a loss of revenue of nearly 5 billion dollars.

"When a minister buys an item for 100 dollars and yet the real price is 50, when parliament approves the 100 dollars, you are giving the minister legal cover to do that. And this is how the system is working," he said.

Makhzoumi, who was nominated to parliament in last year's in May election, joined politics out of frustration.

"I'm in the pipeline business, we're one of the largest pipeline companies in the world, operating from Asia right into the US." Yet for a while, his company, Future Pipe Industries, could not find a single contract in Lebanon.

“One of the weaknesses we have is that politics controls the economy," he comments.

After opening a factory in the north of the country, the businessman-turned-politician was forced to shut it down after 17 years "because politics started getting involved."

"The government at the time decided that the factory should not get any more business, and there was twice an attempt to burn it," he said.

Delicate sectarian balance
Now that he is in politics, the founder of the National Dialogue Party has vowed to wage war on corruption from within. It is a tall order, complicated by Lebanon's delicate Christian-Muslim sectarian balance.

"Every sectarian group now has its own leaders, its own politicians, their own members of the parliament," explains Makhzoumi.

Getting past this political gridlock has taken deft and skill from Lebanon's partners. However, countries like France still see Beirut through a narrow prism regrets Makhzoumi.

"Before Jacques Chirac, France's concern was protecting the Christians. After Chirac, the aim was to deal with the Hariri's in order to protect Lebanon, because historically [Prime minister] Hariri is a moderate and won't create a sectarian state."

But the reality of Lebanon is far more complex.
"What worries me is that people who would like to help us, won't because they think Lebanon is too complicated," he continues.

Fixing the numbers
Paris, a close ally of Beirut, has tried to. In April 2018, France hosted an international donor's conference known as CEDRE to mobilise funds for Lebanon's ailing economy, plunged by the shock resignation of Prime Minister Saad Hariri in November 2017.

However, the timing of the CEDRE conference – just one month before Lebanon's parliamentary elections – "shocked" Makhzoumi. "It was addressed to only one person instead of the whole government."

One year on, the credibility of the pledges made by Lebanon remain in doubt.

"At the moment, I don't see any reforms," comments Makhzoumi, as lawmakers scramble to vote a delayed budget to address the country's escalating debt crisis and reassure investors.

"We are just trying to fix the numbers to present it to the world so that it looks like we are trying to reduce the deficit, but we are talking about the 2019 budget and we are already at the end of June," he said.

In 1995, the London-based resident was implicated in a scandal that brought down the disgraced conservative politician Jonathan Aitken. Some twenty years later, the Beirut-born billionaire was accused of paying 45,000 euros to French right-wing figure François Fillon in order to benefit from the former prime minister's prestigious black address book. Makhzoumi denies the allegations.

The Lebanese lawmaker was in Paris last week meeting with members of the current government, whom he thanked for their continuing "support" to Lebanon.

"I believe that France is doing a fantastic job in support of Lebanon. I'm not sure they are aware of all of the details of what is going on," he concluded.

JUST IN: Mahama lawyers file another motion to compel EC to ...
50 minutes ago