Mr. Politician, My Reasons You Don’t Care About The People 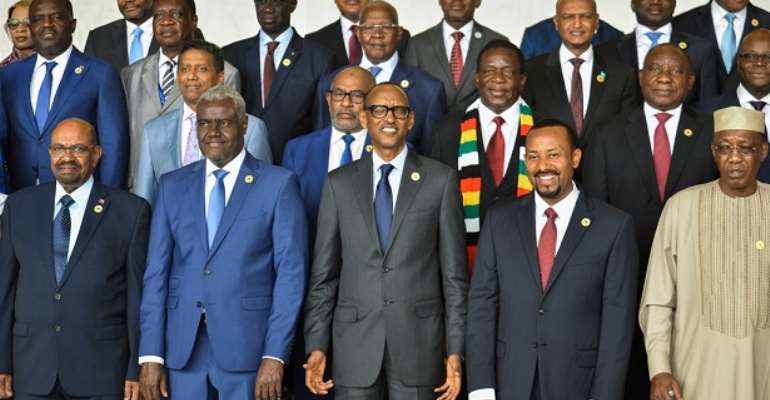 Almost all African leaders have totally disappointed the people

The term politics is derived from the Greek, 'pólis,' a word which means ‘city-state,’ indicating the set of things of the city and public affairs by the government. In reality or in a proper sense, politics have nothing to do with the exercise of any power over man.

Politics distinguishes a theoretical aspect, which critically studies the forms of government, the rules by which power is exercised, relations and structures of authority within the state, ideologies and political doctrines, while the practical aspect on the basis of theoretical analysis aims at the attainment of political power and at the change of its aims and structures.

Their major plan is to get a job, build corruption schemes, connect to budget funds, and privatize something for themselves, their friends or for resale and so on. Politics should have been serving the people and the country but in Africa, politics mean the desire for self-realization, career development and the achievement of their own well-being.

In Africa, malaria cases have become more frequent, yet African politicians can’t invest in the creation of healthy environments by draining chocked gutters and cleaning dirty breeding grounds of mosquitoes, instead they use the money to buy a malaria vaccine nobody knows of its components.

What love or care does an African leader has for the people if he is intelligent to know that in the past and present, the World Health Organization, Center for Disease Control and the US government in a union have committed so many medical crises on the continent of Africa, therefore, instead of purchasing a vaccine we are not sure of, we need to clean our environments?

In Kenya, the Catholic Doctors Association saw the evidence of different samples of the tetanus vaccine from various locations around Kenya and the samples were sent to an independent laboratory in South Africa for testing, later it was found that the vaccine contains the HCG antigen, which is used in anti-fertility vaccines.

This medical crime took place in Kenya under the supervision of the World Health Organization. It was the country's opposition leader, Raila Odinga, who released the information after following the medical crime in his country.

This is the time for every intelligent African leader to pay particular attention to vaccines and drugs coming from foreign countries to Africa because of the rapid growth of the African population.

One can give endless examples of medical crises in Africa, including Aids and Ebola, yet people will attack you calling it ‘conspiracy theories,’ however, slavery, colonial brutality, and Apartheid, those devilish systems to destroy a particular race aren't said to be conspiracy theories.’

It’s not only a shame to those responsible for the suffering of Africans but also to the so-called African leaders.

The former president of the Republic of Ghana, John Kofi Agyekum Kufuor, once said that the African continent faces many chances of development. Therefore, the African Union (AU) should play a large organizational and coordinating role in strengthening Africa’s relations with other countries and regions.

Malawi’s President Bingu Wah Mutharika noted that Africa needs to clarify its place in the international arena and that only Africans themselves can contribute to the development of Africa.

Kenya's former Prime Minister, and now opposition leader, Raila Odinga called on African leaders not to avoid discussing problems on the continent. In his opinion, in the course of development, African countries should make full use of human and natural resources.

Despite all the encouraging comments they often speak to impress Africans and the international community, most of the African leaders aren't interested to improve the living conditions of the people, to develop the continent and create employment, the reason thousands of Africans are unemployed today.

The development of a country is largely determined by the quality of schooling and efficiency, yet many African leaders praise bad leadership because they live well and drive in luxurious cars. If they do care, they will quickly accept that people are really in chronic suffering because of their inefficiency.

In Europe, nobody cares about politicians because they serve the people first. Too much to eat, flexible economy and affordable prices of commodities. This is the reason many Europeans don't like to vote but since they want the votes to choose leaders to run the daily affairs, you'll face a heavy penalty if you fail to vote.

Africans put all their hope and trust in political parties to vote but the truth is they don't care about you. Recently, I read on ModernGhana news, the Ghanaian government to send Ghanaian nurses to Barbados, how many Ghanaians have been sent to China to acquire skills to develop the country?

I am hundred percent sure that many of the African leaders are not interested in the people. You can accept this or ignore it.