Crucial week for Iran: the end of the nuclear agreement? 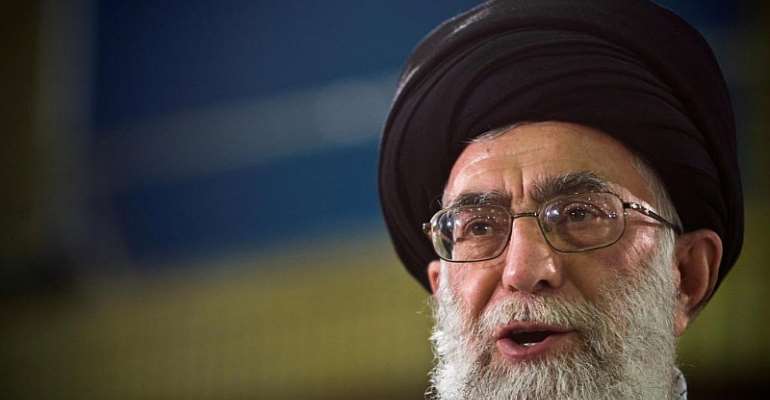 Iran says US sanctions against its leaders mark the end of diplomacy with Washington. This week, the country's enriched uranium stockpile will exceed agreed limits. And on Friday, the parties meet in Vienna to see if, and how, the nuclear deal can be saved.

Iran flatly rejected another set of US sanctions announced by President Donald Trump on Monday. The sanctions signify yet another widening of the rift between Washington and Tehran.

“It is symbolically important in the sense that the person of the Supreme Leader and his immediate entourage is being targeted and being spoken of,” says Mehrdad Khonsari, a former Iranian diplomat who briefly led the opposition Green Wave, and today heads the Paris-based Iranian Center for Policy Studies.

Pressure
“But the fact that a reference has been made specifically to him is just a matter of ratcheting up the kind of pressure that the US is hoping to build against Iran."

When Trump was presenting the new sanctions at the White House, he also said he was open to dialogue with “anybody” who would talk in Iran.

“But the way he is going about it makes it very humiliating for Iran to accept. Because Iran feels that they were not the party that left the agreement that they had already signed with the US, and then to be pushed back into negotiations under the threat of economic sanctions."

Last Monday, Tehran announced a countdown that it had ten days left before it would surpass the uranium stockpile limit of 300 kg of enriched uranium on 27 June, set by the Joint Comprehensive Plan of Action (JCPOA).

“For Iran to make such an announcement really shows a sense of desperation more than anything else,” says Khonsari, calling it “a huge risk".

“If they were to be in breach of the JCPOA, then they risk losing the support of the Europeans, not to mention the Russians and the Chinese.

But Khonsari points out Tehran is making a mistake here. “What they don't emphasise, sadly enough, is the one reason that they will be exceeding the stockpile quota is because the US pressure prevents them from exporting that would allow them to remain with the confines of the JCPOA.

“It proves that there is a failure on their part and this goes back to this constant process of shooting themselves in the foot.”

Senior officials from France, the UK, China, Russia and Iran will gather and meet in Vienna on Friday to see what can be salvaged of the JCPOA.

“The problem is that Europe, Russia and China have done nothing to alleviate the Iranian situation economically," says Fahrad Khosrokhavar, of the School for Advanced Studies in the Social Sciences in Paris.

“So this treaty is dead. Because Europe has stopped economic relations with Iran for fear of the US, Russia and China don't buy Iranian oil anymore. Iran is in a complete stalemate now.

“They are threatening to put into question the heart of the treaty, hoping that the West, and particularly Europe, will react to it and come back to a more balanced economic policy towards Iran,” says Khosrokhavar.

“But the Iranians want to portray this as an act of defiance,” warns Khonsari, “and this will risk losing the support of the Europeans at a crucial time.”