Eye on France: Feeling the heat 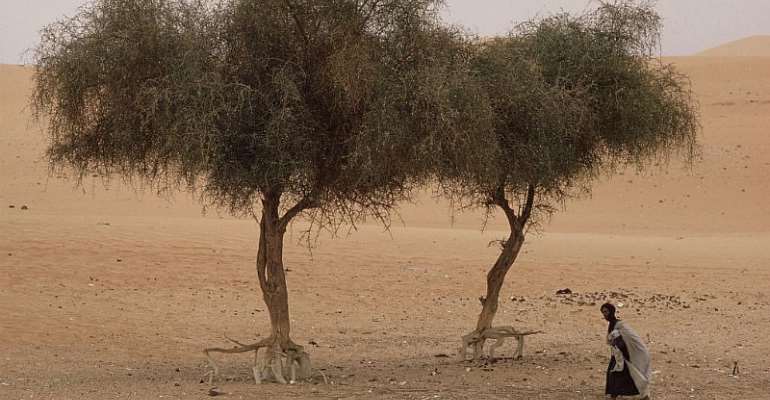 While the rest of the nation's editorial teams work up a sweat searching for angles on the current heatwave, our colleagues at Le Figaro look forward to 2050, by which time this sort of temperature may well have become the norm.

The Paris daily asks what impact the lowest predicted rise in global temperatures is likely to have on French security, farming, forests and wine.

Profound changes are the answer.
We are warned to expect extremely hot summers every three years, but such extreme conditions are unlikely to kill off thousands of fragile people as was the case in 2003. This is because we're getting better at reacting quickly, something we had not learned to do 16 years ago. We now visit our old people, and make sure they have plenty to drink.

That's why the French junior school exams have been postponed, why motor transport in Paris is being controlled, why workers in some sectors are being sent home early.

Yesterday, President Macron assured the republic that “the entire government” was afoot, and ready to tackle the tough temperatures. Which is heart-warming, if not particularly reassuring.

Back to the future...
In the sizzling summer of 2050, more of us will be allergic because there'll be lots more pollen floating about. The amount of pollen produced is directly related to the temperature, with the worst contributors to human allergies...birch and cypress...likely to become more common because they love the heat.

Climbing average temperatures will also encourage insects and other disease carriers, as well as speeding up the life-cycle of viral infections. If chikungunya, malaria, yellow fever and dengue normally take about three weeks to make your life miserable, that incubation period crashes to just five days if the temperature stays above 30°.

Since we'll all be exposed to much more ultraviolet radiation, we can expect to suffer more sunstroke and skin cancers. On the positive side, those of us who don't die horribly will be bursting with vitamin D, vital for the absorption of calcium.

There will be fewer cars on French roads in 2050, 22 million to be precise, as against the current 38 million, and one-third of them will be electric. Petrol engines will be much more efficient, and will pollute less.

More of us will work from home: those who have to travel will share vehicles in computer-linked services accessed from mobile phones. The corner shop will have made a return as the corner hypermarket, but we'll buy most of what we need on the internet.

Cities are going to be different places, with more trees. They provide shade, prevent the build-up of ground temperatures, and diffuse water vapour into the atmosphere. They are also very good at absorbing carbonic air pollutants. Unfortunately, your average tree is a thirsty beast, and water, as we'll see in a moment, is going to become increasingly rare. We will see more and more vegetised buildings, with walls, roofs and courtyards covered in living greenery. And grass tracks will replace macadamed lanes and roads wherever possible.

The fire next time...
Security is likely to pose other problems, especially as supplies of drinking water diminish. We've seen the recent struggles of the Indian authorities to provide water to the millions affected by their heatwave. And the often violent struggles of ordinary users to get a few drops for the family.

By 2050, France will have an annual shortfall of two billion cubic litres.

Apart from intense thirst, that will force the closure of several nuclear stations since the water level in the neighbouring rivers will be too low to feed the cooling systems.

Fishing zones are already on the move, or at least the fish are, as waters change temperature. Most current international fishing treaties are already meaningless. They can only get more so.

The recent crowds of political and economic migrants will soon be put to shame by the hordes of climate refugees. Both the World Bank and the United Nations have warned that there'll be tens of millions of such forced migrations in search of drinking water by 2050. What is hard to see is where they're all going to go, since the water shortage looks like being a global affair.

W/R: Five wounded after residents of Ampatano and Kamfakrom ...
9 minutes ago