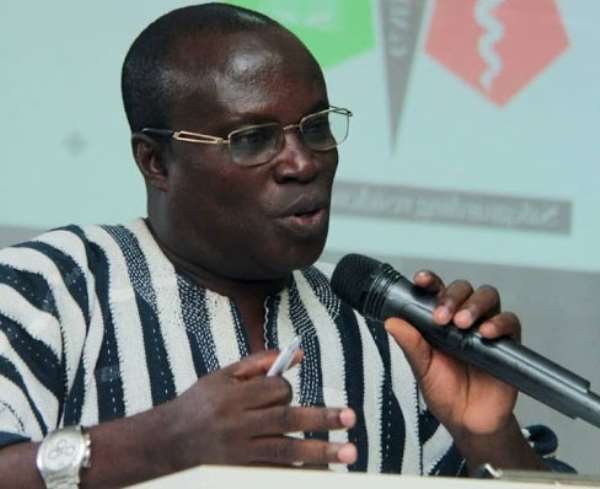 The party's support base has taken cognizance of the recent brouhaha following a letter that emanated from the office of Hon. Aboagye Gyedu to the Minister for Local Government and Rural Development. As staunch supporters of the New Patriotic Party, we cannot allow this matter to go unnoticed without setting the records straight.

We toiled and laboured relentlessly for the New Patriotic Party during the 2016 general election which got us two additional seats namely, Sefwi Wiawso Constituency and Sefwi Akontombra Constituency. For this obvious reason, we cannot allow our collective effort in harnessing our party support base for this success during the 2016 election to be in vain.

It is trite knowledge that, when a "confused" person side-steps his or her bounds, the said fellow ought to be whipped in line for common sense to prevail. It is against this backdrop that, we are going to tackle the issue without an iota of fear nor favor. On this note, the following issues are going to be dealt with in the interest of the party and not to please some unscrupulous bandits who are depriving the people they serve by virtue of the fact that, they are opinion leaders.

(1) An unconstitutional move by the Sefwi Wiawso Traditional council to get the Regional minister dismissed from office.

(2) Calamitous and abominable invocation of curses on the minister by the Sefwi Wiawso Traditional Council.

(3) Frivolous ultimatum to the president to choose Nananom or his Regional minister.

(A) An unconstitutional move by the Sefwi Wiawso Traditional Council to get the Regional minister dismissed from office: ideally, one would have thought that, administrative issues mixed with politics such as this one, Nananom would have stayed out and allow political heads to deal with the matter but unfortunately, they failed to appreciate the fact that, politics and chieftaincy are not brothers. Our Traditional leaders decided to involve themselves in this matter for obvious reasons known to everybody including the first gentleman of the land who recently visited this Region few months ago.

We are very much aware of the needless call by the Traditional Council on the president to dismiss the Regional minister for no apparent reason. We strongly oppose this unconstitutional move by Nananom because, the Regional minister did no wrong in choosing the said phrase in the letter. If indeed,they are not comfortable with the said diction, they should put out a well reasonable argument to support their discomfort rather being unnecessarily emotional about a "word" they don't even understand. They misinterpreted the phrase in the letter to suit their hidden agenda against the Regional Minister. Indeed they have been exposed and must bow their heads in shame.

The question we are asking is since when did the word connive" become pejorative for which reason the minister should be sacked? Nananom must tell us.

Curiously enough, the Traditional Council responded to that claim with a lame "afterthought". In their statement, they inadvertently confirmed the said claim raised by the minister which put to bare moves by the traditional council to change the already agreed site for the Regional Coordinating Council. Interestingly, when other Traditional leaders are "fighting" for development in their region, those we have in Sefwi Wiawso are finding surreptitious ways to change an already agreed site for the construction of our RCC.

Funny enough, the Traditional Council made claims to the effect that, Nana Kwadwo Aduehene, Omanhene of Sefwi Wiawso Traditional Council, envisaged the creation of Western North Region and had in mind that,Wiawso was going to be named as the Regional Capital and for that matter, a site was already giving for the construction of the RCC for which reason, the recent site was changed. This feeble explanation can only come from those who are not honest and truthful. Our old men should have been more careful in telling such a blatant lie.

Hon. Aboagye Gyedu ought to be commended for using the democratic approach in ensuring that,his political authority is not undermined through overt and covert means by some group of selfish individuals who do not have the interest, growth, and development of Sefwi at heart. The call on the President to fire his Regional Minister must be treated with the necessary contempt it deserves.

(B) Our chiefdom frowns upon the open invocation of curses by people. It is however shocking that, in this modernity, Sefwi Wiawso palace would be used as a platform to execute this abominable and shameful act by people who ought to have known better at their age.

Why should this friendly letter to an appropriate authority trigger such a move by Nananom? Is it because they have decided to take leave of our customary and Traditions? Would they have the guts to summon anybody before them for doing same in any community under their jurisdictions?

(C) Frivolous ultimatum and request by Nananom on the president: Our chiefs must be told that, in this current dispensation, they are not allowed to participate in active politics and for them to do so openly in this regard shows that, our Traditional leaders particularly those in Sefwi Wiawso lack understanding of their core mandate as chiefs. We condemn in no uncertain terms this anaemic posture of our traditional leaders. We as grassroot supporters would on any day choose our political head (Regional minister) in this situation. Once they have clearly meddled in politics, they owe the good people of Sefwi Wiawso an apology.

Furnish us with Ejura committee’s report – Families of kille...
11 minutes ago