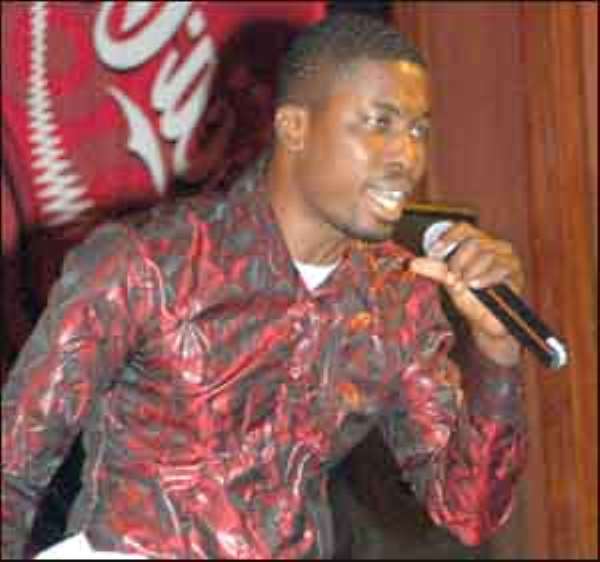 I have listened to the rapper known as A-Plus a couple of times on YouTube. From his apparently deep frustration to see Ghana rapidly advance in all areas of our national endeavor, Mr. Kwame Asare Obeng, as A-Plus is known in private life, seems to have his heart in the right place, although having studiously followed him as a columnist, he has come off to me, as to many others of his sedulous followers in the Ghanaian media, over the past two-and-half years, as quite a bit of a pathologically self-centered young man in his prime. You see, faulting executive operatives of the Akufo-Addo-led government of the New Patriotic Party (NPP), of which Mr. Asare Obneg claims to be a bona fide member and staunch operative, for problems that ought to have been solved ages ago is simple unrealistic.

Of course, as a government composed of all-too-fallible humans, a politically levelheaded and mature A-Plus ought to be able to more fully appreciate the fact that the members of this present government did not emerge from out of space or the stratosphere, and so would, perforce, come with their own baggage of both personal and collective foibles, in terms of administrative competency problems. In the final analysis, however, what matters more than anything else is that the Akufo-Addo cabinet and executive operatives would have creditably performed over and above the dismal performance level of the previous Mahama-led regime of the National Democratic Congress (NDC). So far, all the indicators point to the fact that the Akufo-Addo Administration has far and away outperformed all the previous Fourth-Republican governments without exception.

The problem with Mr. Asare Obeng verges on the pathologically self-centered politics of personal destruction, as American politicians are wont to say. Picking on fellow individual party operatives, either because the critic or the assailant feels that they are getting more than their fair share of the goodies or the spoils of victory, or merely because one expects one’s colleagues and party and/or ideological associates to, somehow, defer to you because you believe that you have contributed far more to the good fortunes of the ruling party but, nevertheless, these internal political opponents or rivals seem to have acquired much more significant standing or status in the party is not the most effective formula for winning and maintaining power. There are always better and more constructive means of ensuring that the requisite adjustments are made as time goes by and the party begins to more formidably establish itself.

In sum, the patently myopic and nihilistic approach inexpediently adopted by A-Plus and Mr. Kennedy Ohene Agyapong, almost as soon as a newly elected President Addo Dankwa Akufo-Addo assumed the democratic reins of governance, was the most regressive tack or strategy for any well-meaning party operative who also claimed to have the greatest good of the party at heart. Fortunately, the Assin-Central’s New Patriotic Party’s Member of Parliament appears to have fast come to the sobering realization that it is far better to work towards having the NPP stay in power for a considerable span of time, for the greater good of the nation, than to have the self-serving elitist leadership of the faux-socialist National Democratic Congress (Party) literally take Ghana back to the Stone Age or The Stonehenge Era.

I gave the title which forms the caption of this column to the same, because I believe that is about the only way for Mr. Asare Obeng to quickly and soberly come to terms with the fact there is a limit, and a very sharp limit, to the wanton abuse of free speech. A-Plus is accused of having rudely attempted to summarily, recklessly and royally ruin the hard-earned image and reputation of Mr. Stephen Asamoah Boateng, the Executive Chairman of the State Enterprises Commission. Mr. Asare Obeng has virulently and, it also turns out, falsely accused Mr. Asamoah Boateng of using the latter’s official powers and influence to prevent himself from being scandalously treated like a second-class citizen in the very country of his birth. It also turns out that, in fact, contrary to what A-Plus would have the rest of the nation believe, Mr. Asamoah Boateng never in any way, shape or form used his official influence to dispossess any law-abiding Ghanaian citizen of their landed property or wealth. The real situation actually seems like the other way around.

Anyway, I wrote this column to humbly and respectfully admonish the Executive Chairman of the State Enterprises Commission not to relent in his decision to launch a lawsuit against Mr. Asare Obeng, by the lurid acceptance of some cheap apologies from the insufferably presumptuous and pontifically self-righteous Mr. Asare Obeng. You see, over the past two-and-half years, I have shockingly observed Rapper A-Plus recklessly and rather unwisely attempt to ruin the reputation of any member of the New Patriotic Party who mattered to the good fortunes of the party and, by extension, progressive Ghanaian citizens at large. Mr. Asamoah Boateng has a bounden obligation to put a definitive end to such collectively self-destructive madness on the part of Mr. Asare Obeng. I have absolutely no hatred for or resentment against this otherwise remarkably talented young man. I simply want him to have a good taste of his own poisonous brew.