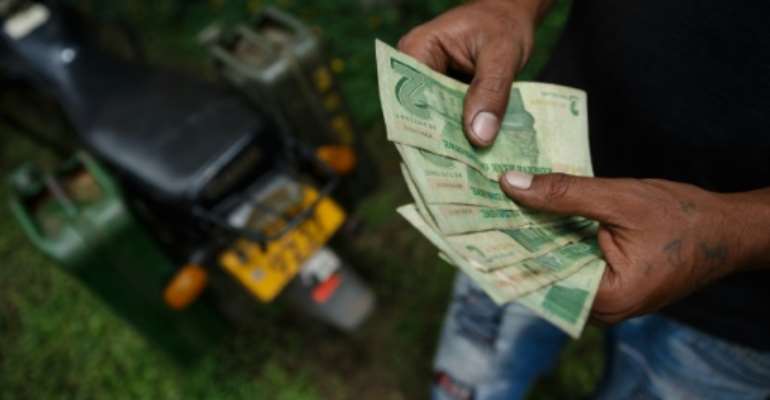 Zimbabwe "bond notes", pictured, and electronic RTGS dollars -- to be known as "Zimbabwe dollars" -- have replaced the US dollar and South African rand. By Jekesai NJIKIZANA (AFP)

Zimbabwe President Emmerson Mnangagwa said Tuesday that the crisis-hit country was returning to normal as it moved to end its foreign currency system that has been in operation for a decade.

The country has used US dollars and South African rand since 2009, when the old Zimbabwe dollar was rendered worthless by hyperinflation as the economy collapsed.

In a step towards the introduction of a new currency, the central bank on Monday said that US dollars and rand would be replaced by two local parallel currencies -- "bond notes" and electronic RTGS dollars, which will be known as "Zimbabwe dollars".

Both were in theory worth the same as US dollars, but trade far below the greenback in value.

"What we have done is going back to normalcy," Mnangagwa told reporters.

"Normalcy is that a country must have its own currency. We were living in an abnormal situation. We should actually be congratulating ourselves for taking this step."

Monday's announcement created widespread confusion and criticism as the new Zimbabwe dollar has not yet been launched, and Zimbabweans have little faith in the economic record of the ZANU-PF government.

The country have recently endured another bout of sharply rising prices, with official inflation now at nearly 100 per cent -- the highest since the hyperinflation era when it hit 500 billion percent.