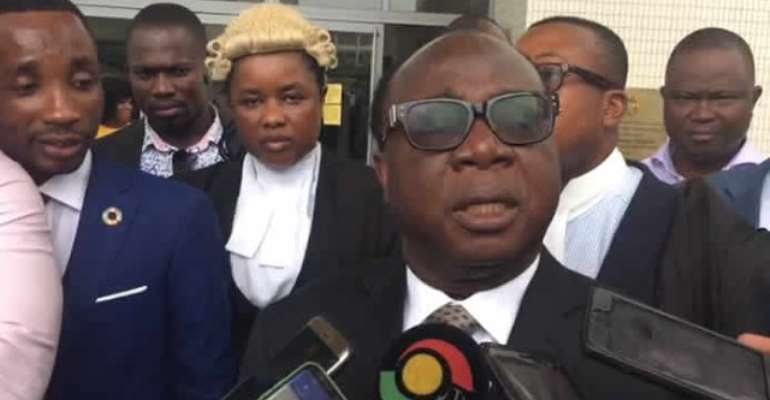 In his affidavit in court seen by this portal, the NPP National Chairman maintained he has at no point disrespected, maligned or disobeyed any directive from CHRAJ.

He maintained he has shown up in court not because he had received any court summons or documents from CHRAJ but because several media reports had circulated that he was nowhere to be found.

Freddie Blay said he cannot be cited for contempt of court or of CHRAJ because there is no evidence “directly or remotely that I have been personally served with any process from the Applicant’s office.”

He said far from hiding, he actually took the initiative to seek these documents when he wrote to the court registry requesting for them. The registry is yet to supply him, his affidavit read.

He said the application by CHRAJ accusing him of contempt is “fatally flawed and procedurally incompetent.”

Justice George Koomson who is hearing the case directed CHRAJ’s legal counsel to file a written response to Freddie Blay’s affidavit within 14 days.

H e adjourned the case to 24 July to deliver judgment on the contempt application.

Photo:Some of the 275 buses procured by Mr Blay

Freddie Blay who is Board chairman of the Ghana National Petroleum Commission has disclosed that the deal to import 275 buses is meant to help the party finance itself through commercial activities.

He said he made a $3million down-payment while an undisclosed bank is bringing in funds to bring the deal to not more than $11m.

Under the deal as disclosed by Freddie Blay, the loan is to be paid back within two years.

The deal was a popular promise with NPP delegates ahead of the election of National Executives. Each constituency would receive some money as the bus works for it at STC transport company.

But critics inside the party called it a vote-buying gimmick while those outside it found the deal suspicious.

Doctors threaten strike from October 1 over arrears
43 minutes ago