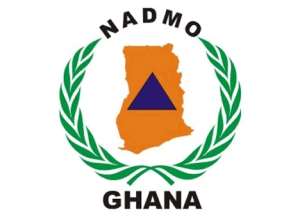 Metropolitan, Municipal and District Directors of the National Disaster Management Organization (NADMO) across the country are threatening a protest over their unpaid salaries.

According to them, they have not been paid for 18 months since they took up the roles, because, the Interior and Finance Ministries have failed to process their salaries.

The Disaster Management Chiefs say their families will join them in these protests to register their displeasure over the situation.

The Akuapem North Municipal NADMO Director, Appiah Nti, who is the spokesperson for the NADMO Directors in the Eastern Region said the situation is seriously affecting them.

He said there will be a meeting in Accra next month to pursue other diplomatic options they have to push further their demands for the payment but will resort to demonstrations if they are not given a positive response.

Zakaria Adams, the Lower Manya Krobo Municipal NADMO Director also told Citi News that the situation is very critical and their families will be forced to join the protest since they are being badly affected.

In previous years, there have been reports of non-payment of salaries to NADMO workers but mention has never been made about the plight of the directors who head the organization in the various metropolis, municipalities and districts.