When A Populist President Rules, Democracy Is Bound To Backslide; A Case Of President George Weah 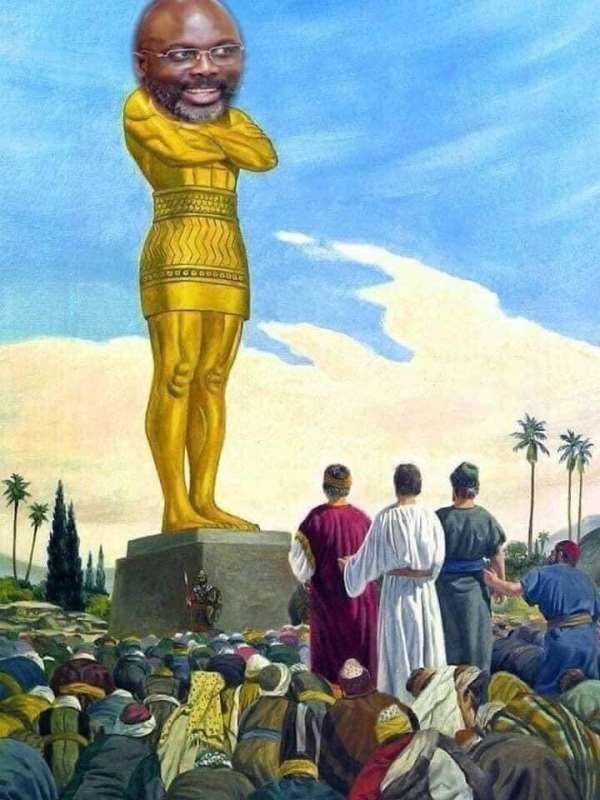 After thorough inquisition on populist leaders, I have unearthed that 99% of populist-leaders/governments has deepened corruption, eroded individual rights, and inflicted serious damage on democratic institutions.

Populists tend to be vehemently corrupt; eternalize their hold on power by delegitimizing those in opposition. This is a similar case with Liberia; our country has degenerated into a state of anarchy, our populist president has turned into a BLACK FASCIST. The government has turned into a partisan-government, integrity institutions have fallen prey to the regulation of the Populist demagogue; the tenets of democracy have been undermined. Liberia is doomed.

In 2017, we witnessed a galactic victory of President Weah through a meticulous democratic process. Fourteen counties excavated their choler against the Unity Party at the ballot box, and Weah became the people’s driver.

It’s undisputed that George Weah was not seen as the messiah for the underprivileged and the poverty-stricken masses. A mammoth crowd jubilated after he was announced as president, people felt that tremendous transformation could have taken place precipitously, his inaugural speech was hopeful and inspiring; the masses were resolved that it was a rejuvenation of emancipation.

After few months of governance, the people’s messiah revealed his unethical and incompetent tenancy. The people’s messiah controversially declared his assets on the 25th of July 2018 due to a vigorous pressure that emanated from the Vanguard Student Unification Party but has refused to make his assets vivid in the midst of racketeering and plundering.

In the midst of economic difficulties, our messiah appetite for flying private jet is at a crescendo, the most horrendous thing is that his desire for wealth has increased astronomically.

Our populist president lacks the tenets of leadership; he is more divisive, under his leadership our democracy is backsliding gradually. He has prioritized mediocrity over merit. If you disagreed with his style of leadership you are branded as “HATE-POSITION” or ENEMY OF THE STATE.

It’s disgusting seeing our country collapses under the albatross of absurdity, ignorance and pomposity. It’s now time that proponents of genuine democracy STAND UP.

With mythical interpretations of success, some lamebrains and lunatic Pro-poor defenders are resolved that the BLACK FASCIST PRESIDENT will be in power for 24yrs though our nation is retrogressing instead of progressing. But nevertheless, we are cognizant that holding on to power is one of the tenets of a populist president, WE ARE AWARE.

Under this populist president we have the ff:
1: 0.4% Economic Growth
2: 28.5% Inflation Rate
3: Depletion of Net Reserve
4: An Exchange rate of 1USD - 200LD, etc.
Civil Servants’ salaries have been deducted, Professors at the University of Liberia and other undergraduate institutions have been victimized by deduction in salaries. Hospitals are collapsing due to insufficient fundings from national government.

Public universities and community colleges have been disenfranchised from qualitative education due to the government inability of funding these institutions.

Liberia has degenerated under the leadership of this POPULIST PRESIDENT. Eevery branch of government has disintegrate into a national embarrassment.The POPULIST GOVERNMENT has contradicted: The Independence, Affectability and Coordination of the three branches of Government.

Our government has three separate coordinate branches; The Legislature, The Executive and Judiciary. Consistent with the principle of separation of powers and checks and balances.

The Judiciary which is the epitome of democracy and justice has fallen prey to sheer lunacy and dances to the tone of the POPULIST DICTATOR.

The Justice system has collapsed; it has left the toilet and now on the path of the septic tank, we all witnessed the unconstitutional removal of Associate Justice Kabineh Ja’neh, selective justice is at a crescendo, The Liberia National Police has turned into a partisan police (CDC-LNP).

The National Legislature has collapsed as well, it has lost independency and integrity. The Legislature is a rubber-stamped and a toothless bulldog that dances to the tone of the Executive.

The Executive has prioritized mediocrity over merit, the populist president and his cronies are looters on an industrial scale; the office of the President is a breeding ground of plundering and falsehood.

The Agriculture sector is poorly supported by this populist government, US$ 7.8 million is infinitesimal as budgetary allotment for the entire sector, according to WFP : 650,000 Liberians are affected with food insecurity and this government care-less.

The true identity of this populist president will be revealed in a jiffy, we were told not to run ahead

of the popular masses, when the masses are resolved, they will move into history and demand their own change.

During the dedication of the Duport Road market on June 6, 2019— The Populist President threatened the “RIGHT TO FREEDOM OF EXPRESSION . “ His threat Contradicts Article 15 of the 1986 Constitution of Liberia and Article 19 of the 1948 Universal Declaration of Human Rights.

President Weah is an emerging dictator, he has countlessly violated our constitution; The most recent violation is the inability of the Executive to timely submit the draft budget to the Legislature as it is enshrined in the 1986 Constitution, our nation is going nowhere under the dictatorial leadership of George Weah, How did we get here?

Our nation is crumbling, those who claimed yesteryears to be patriots have fallen prey to the golden image, black is now seen as white; the nation has precipitously given birth to sycophants and cowards, and the future of posterity remain a fantasy under President George Weah.

Liberia is bleeding from the hands of dictators, malefactors, racketeers, lamebrains and charlatans.

Mr. President, we still anticipate the manifestation of your PRO-POOR AGENDA; why have you forgotten the masses so soon? You ascended to the helm of power by the sweat and blood of the poverty-stricken masses but you care-less about those that brought you to where you are, you have prioritized your personal interest over the people’s interest.

The word “Pro-Poor” has been misconstrued under your leadership, but permit me to inform you what Pro-Poor is. Pro-Poor is a term used for primarily national policies to stimulate economic growth for the benefit of poor people(primarily in the economic sense of poverty); Like the case of Burkina Faso, under the revolutionary martyr Thomas Sankara.

Mr. President, what are you doing about those officials of government that have refused to declare their assets?

Mr. President, I have learned that you are ready to fight corruption, I saw the LACC and GAC report that indicted previous government officials, I do admired your exuberance but it is necessary that you start the fight of corruption in your own government, it will serve as a deterrent and a good precedent.

We are no longer alluding to your political chicanery, sophistry and razzmatazz, Do the people’s job with sincerity or you will be removed by the people, we are not begging you but mandating you.

Fellow Liberians, Redemption is needed urgently; Patriots need to stand-up so that our nation can be redeemed, the task is difficult but we can triumph through Unity and Patriotism, we as patriots/revolutionaries are clothed with the responsibility to strive so that the masses’ hope and aspirations can be realized.

My salute to some of the courageous, determined and conscious brothers, I have seen your sacrifices in defense of the state “history will absolves You”.

Liberia can only be emancipated through our commitment and dedication.

Change is inevitable when collectivism is enhanced.

Aluta Continua!
About the Author:
Daniel TD Pongay is a Senior Student of the University of Liberia, reading Forestry with emphasis on Agriculture. Currently serving as a Senior Representative of the Student Unification Party(SUP).