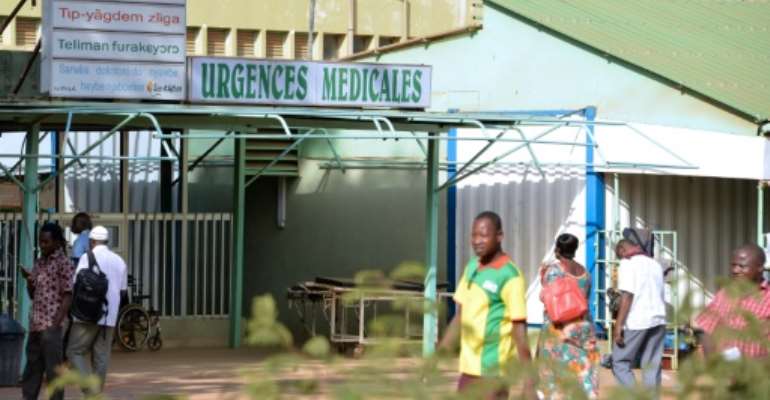 If their demands are not met, health workers could launch an open-ended strike which would affect consultations and surgeries, said Alfred Ouedraogo, general secretary of the Union of Burkina Doctors. Shown here is a health facility in Ouagadougou. By Ahmed OUOBA (AFP/File)

Hundreds of doctors and nurses demonstrated Monday in the Burkina Faso capital Ouagadougou to protest against declining health facilities and to demand better working conditions.

The main doctors' union also warned it would stage a general strike from June 30 to July 7 to demand "concrete responses" to their grievances.

Health professionals staged a series of strikes at the end of May, seriously disrupting work at health centres in the poor West African country.

"We are... asking health authorities not to underestimate the health crisis," said Alfred Ouedraogo, general secretary of the Union of Burkina Doctors.

"For several months, there have been recurring breakdowns in laboratories," he said. "In most health centres, there are no X-ray films."

The protesters marched to the health ministry and submitted their demands.

Health worker Idrissa Compaore said that ever since the introduction of free medical care for children under five and pregnant women, "basic goods were regularly lacking" at health facilities.

"The situation is the same in health centres," he said.

The doctors also want the implementation of an accord signed with the government in 2017 promising better working conditions which they say remains only on paper.

If their demands are not met, the health workers could launch an open-ended strike which would affect consultations and surgeries, Ouedraogo said.