NABCo Coordinators 7-Month Arrears To Be Paid In June 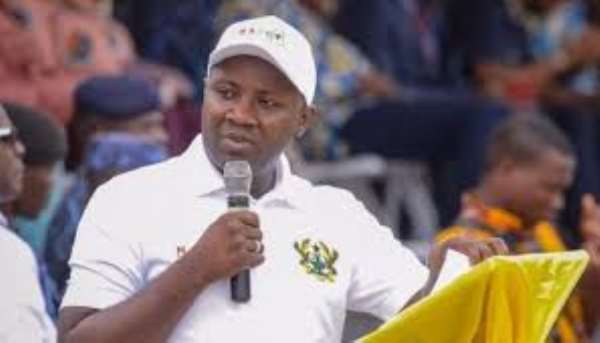 Coordinators of the Nation Builders Corp (NaBCo) who have not received pay since the beginning of the year, will be paid their arrears by the end of June.

This was announced by Chief Executive Officer (CEO) of NABCo, Dr. Ibrahim Anyars on Monday, in an interview on Peace FM's Morning Show 'Krokokoo' hosted by Kwami Sefa Kayi.

He explained: "I am sure they have read from us on the timelines for paying. The situation with Coordinators will be different from the trainees. They are supposed to come under some kind of compensation within the scheme which means they have to go through all the rigorous public sector processes to get paid. We have done that. The money has actually been paid to the scheme to pay them. The only outstanding bit was to gain authorization to pay them...This is where we are and hopefully by the end of June that will be the end of the method."

This follows after the District Coordinators of NABCo across the country had threatened to embark on a sit-down strike over their seven-month unpaid salaries.

The Coordinators have been employed by the government to coordinate the activities of the beneficiaries who are on the modules to run service for this country.

Since the inspection of the program, payment of salaries to the beneficiaries has been an obstacle to the government.

However, Dr. Ibrahim Anyars has said the money has already hit the scheme's account and will soon be distributed to the Coordinators.