Palestinians tell Trump money is not the key to peace 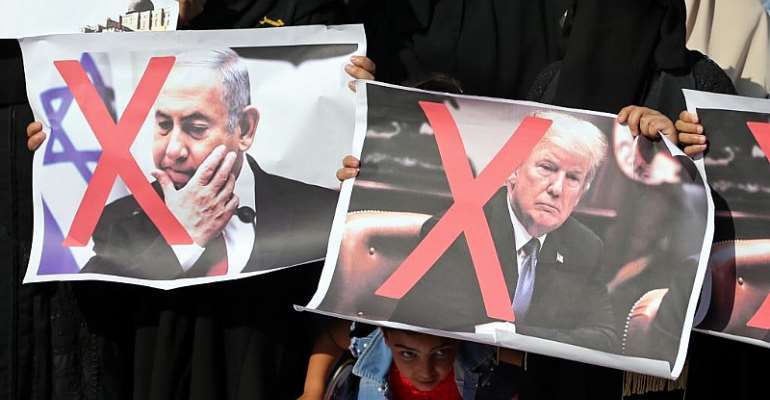 On Monday the long-delayed “Peace to Prosperity” conference opened in Bahrain. US President Donald Trump's attempt to bring peace to the Middle East involves investing over 50 billion dollars in the Gaza Strip and the West Bank. But the Palestinians don't buy it.

Finance officials headed to Bahrain on Monday for a US-led peace conference intended to raise billions in investments.

Led by President Donald Trump's son-in-law and advisor Jared Kushner, the Peace to Prosperity economic workshop is the opening shot of a long-delayed initiative that will later include political solutions to the Middle East conflict.

Unlike previous high-profile peace initiatives, the new plan will be an intimate affair opening Tuesday evening with cocktails and dinner at a luxury hotel in Bahrain which, like other Gulf states has increasingly found common cause with Israel due to their shared hostility towards Iran.

The Palestinian Authority is boycotting the workshop, with prime minister Mohammad Shtayyeh criticising the plan for saying nothing about ending the Israeli occupation.

“What's going on in Bahrain, I don't think it's a peace plan,” says Shawan Jabarin, director of Al Haq, a human rights organisation in Ramallah. He insists that political rights are more important than economic benefits.

This plan will fail
“Trying to replace rights and justice with money doesn't work. We are deteriorating economically and financially because there is no peace. If you ask me I can say: this plan will fail for sure.”

Israel didn't immediately approve the plan, but Prime Minister Benjamin Netanyahu said he will “study” it, sounding more optimistic than the leader of the Palestinian Authority, Mahmoud Abbas, about the new approach the plan seems to take.

“This is why he called the end of the peace process a 'deal' and not 'an agreement'. He feels that all previous approaches failed because they addressed first and foremost the difficult political and diplomatic issues,” Gilboa says.

Instead, Trump wants to try economics first. “He wants to tell the Palestinians that they would benefit from a huge injection of money to Gaza and the West Bank.”

Not a deal for peace
But Palestinian politicians are even more categorical in their rejection of the Trump plan than Jabarin, the human rights activist.

“This conference is part of the so-called 'deal of the century' of Mr Trump,” says Mustapha Barghouti, General Secretary of the Palestinian National Initiative, a political party founded in 2002.

“What we found out so far from what was implemented and what was declared is that the deal of the century is not a deal for peace, not even for negotiations, but it is a plan to liquidate the Palestinian rights and allow Israel to legitimise its illegal settlements, its annexation of Jerusalem and the Golan Heights and even to go further and annex big parts of the West Bank,” he charges.

Did the influence of the US leader over Israel decrease after he agreed to move the US embassy to Jerusalem and acknowledged Israel's rights over the Golan Heights?

“In fact he gained leverage over Israel,” says Gilboa.

“Because as he said, it would be now Israel's turn to make concessions to the Palestinians.

Difficult to say no
“So from that perspective the Palestinians are making a big mistake.

“Because if Trump is so close to Israel, and Netanyahu declares him to be the most supportive US president Israel has ever had at the White House, it means that when he will demand from Israel to make concessions, it will be difficult to say no,” according to Gilboa.