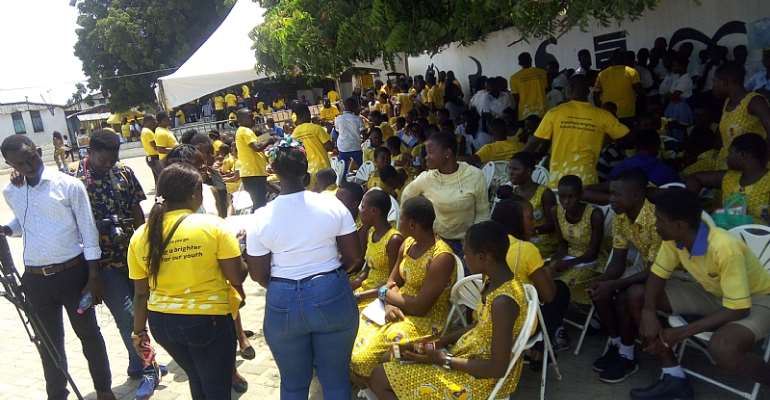 MTN in collaboration with the Narcotic Control Board (NACOB) has educated pupils on substance abuse as part of their 21 days of Y’ello care initiatives.

The program which was held in Tema brought together 10 Junior High Schools with a total of 500 pupils.

This became necessary due to the increasing cases of drug abuse amongst the youth in the country due to peer pressure, lack of parental care, curiosity, and low self-esteem.

According to Juddy Mensah, the Divisional Supervisor for Demand Reduction, NACOB said drug addiction commonly affects the brain compared to other related diseases such as hypertension.

She admonishes the youngsters to be disciplined in school and avoid bad companies inorder not to be lured into the dangerous act.

Juddy Mensah urged other private institutions emulate the footsteps of MTN inorder to help educate the youth on the dangers of drug abuse.

Amma Benneh Amponsah, the Human Resource Executive of MTN noted that the youth are the most affected ones in society who abuses drugs despite the health implications they are exposed.

She stressed that they will continue to sustain initiative to educate more schools, institutions and communities on dangers of drug abuse.