Wars have not brought democracy and freedom into MENA; only chaos and terrorism. 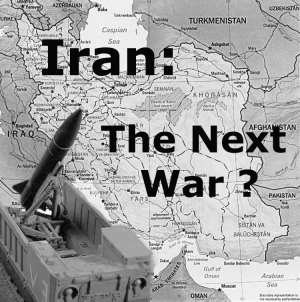 The US and Iran have been on each other’s throat for decades with each passing moment having a different story. This high scale smearing relations dates back since 1980s when the United States launched an operation against Iran dabbed “Operation Praying Mantis”. This operation with no reprisal attack from Iran did help to shortlived the operation but claimed precious lives.

The recent brouhaha between the Pentagons and Iran which nearly brought an all-out military confrontation between both sides after Iran downs American unnamed drone. This purported attack which President Donald Trump intended would have targeted three sites. He told NBC’s Chuck Todd in an exclusive interview Friday. To Trump, his military move was aborted primarily on the grounds of being advised of the possible ramifications thereafter (estimated 150 lives would have perished).

Not long ago, I have had and read a lot of people fearing that the recent incidents between this superpower (US) and Iran could degenerate into alarming rates, more than the world could ever envisioned and contain if the US invades Iran. Others point to the possibility of it being the worst ever; far more than the Vietnam War and Afghanistan combined. To some experts in the field of security, this recent events could be a nursing baby towards Third World War.

Well, the issue of invasion of Iran has been decades old dream of many countries especially Israel and Saudi Arabia (SA). The benefits of such an invasion is not directly to the Pentagons but its ally; Saudi Arabia. The Saudis would control OPEC to the detriment of other countries within the MENA region. This is because the oil fields of the Iranians could possibly be targeted and destroyed as one of the three sites Trump envisioned (I guess)as part of his three point mechanism if there is an invasion. When this happens, Saudi Arabia would not have a headache of competition from anyone as Iran is viewed as a stumbling block towards Saudis foreign policy. But suffices to say that I see an invasion as unlikely and not the best measure to sow US foreign policy in the Middle East. My opinion is on the premises that the untold results in the wake of the Syrian Crisis and the subsequent rise of ISIS ( which is linked to the repercussions of Iraq invasion and largely the failure of US foreign policy in the region). Ideally, I would have advised the Pentagons to proffer an amicable solution on grounds of dialogue that would stand the test of time and binding all subsequent governments from both sides to not seeing war as a panacea to drum home its demands.

The picture which is indisputable is that Iran’s nuclear ambitions caused this uproar to the West. However, this was taken care of with the JCPOA deal, only that is not been duly adhered to. So the issue of invasion with Russia and China being staunch allies to Iran and with India also traditionally having friendly relations with Iran, brings the analogy of what the world would experienced just as it did during the First and Second World Wars.

Then there is a political angle of the story. Congress would have opposed, demonstrators against invasion/war, huge crowds, impeachment resolutions and many more. No one could have been in position to actually predict the amount of chaos that the world could descend into.

So it is unlikely that the US would invade Iran right now but no doubt, the world would continue to experience “war-of-words” from both ends of the divide. With the threat of ISIS and the Shi’ite in control of the Iraqi government today would at long last aligned its interest with Iran. Despite the leader’s (Moqtada al-Sadr) resolve to campaign for peace and being neutral to both US and Iran in this recent happenings. The current Iraqi government would not allow US troops to use their country as a staging area for an invasion of Iran. Unlike a potential invasion of North Korea where the US has a strong ally in South Korea, few countries would be able, willing and interested in assisting the US against Iran close to Iran’s geography.

More-so, most Central Asian countries have strong cultural ties to Iran and Russian values Iran as one of its few staunch allies in the Middle East. International political dynamics would point to a favourable direction where Saudi Arabia will be much willing to assist the Pentagons but the results thereafter, will be more than the eye can picture. When the Saudis involve itself as an ally to US towards invasion/war, Iran will incite the Shi’ite minority in Eastern Saudi Arabia, as well as give stronger and more open support to the Houthis on SA southern border.

However, the US is a country of higher intelligence, a country built on the principles of patriotism, a country built on an instilled and innately born values that every citizen sees the country(US) as the only country with the powers-be (political, economical, military, social and infrastructural) to direct affairs as to how other countries should/must behave. The military strategy of the US is par excellence and that has caused the country to sower high and higher on world affairs. In a potential invasion of Iran by US, the Commanding Force of the US must be targeted towards accomplishing their intended mission within the shortest possible time. Other than that the casualty rate would exceed the case of Afghanistan, Vietnam and Iraq combined.

To both countries in this feud, mention must be made that, the wars in the Middle East have not brought democracy and freedom, but chaos and terrorism, none of the wars has ever brought about peace and development, social cohesion and the fight against poverty at all levels. We must learn from the hatred that the actions of Adolf Hitler brought onto the world, the lives lose from Vietnam, Iraq, Afghanistan and the 1st and 2nd World Wars. Are the world leaders continuing to feed on pride and drive innocent citizens and children to their untimely death?