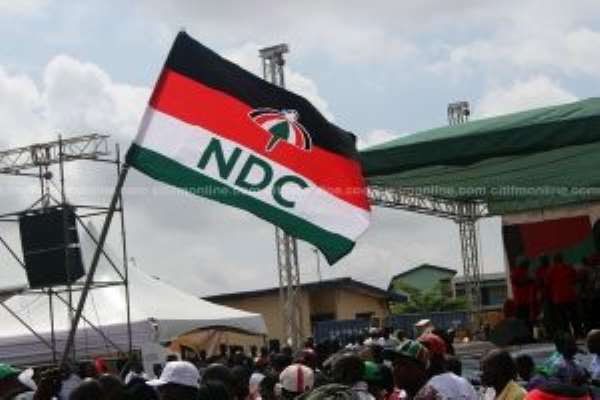 The opposition National Democratic Congress (NDC) in the Wa Central constituency is calling for a halt of the ongoing limited voter registration exercise in the area.

Leadership of the NDC in Wa Central made the demands at an emergency press conference held on Sunday.

The NDC in Wa also accused the Electoral Commission of conniving with the governing New Patriotic Party in the area to create an undesignated registration centre at the NPP zonal office at Nakore, a suburb of Wa to allegedly register unqualified persons.

Mumuni Mohammed Tando, the Wa Central Communications Officer of the NDC, who addressed the press conference said, “at about 10 am, our men on the grounds monitoring the registration process reported about the creation of undesignated registration centre by the Electoral Commission at the New Patriotic Party's zonal office at Nakori, a stone throw from the original gazetted and approved centre.”

Following the reportage, the NDC constituency chairman in the company of his youth organizer and other executives got to the scene to ascertain the veracity of the report.

They allegedly spotted KarimTopie, the Presiding Member of the Municipal Assembly and two officials of the Electoral Commission, with registration kits fully set registering people.

As demanded of every political leader, the NDC Chairman for Wa Central, together with his entourage enquired to know why a registration centre was established at the blind side of the other stakeholders.

In the process, the NDC claimed that, Chairman Sule and his entourage were resisted and assaulted by identifiable faces, acting on the instructions of Karim Topie.