Angela Merkel Admits Of Crimes By European Countries In Africa 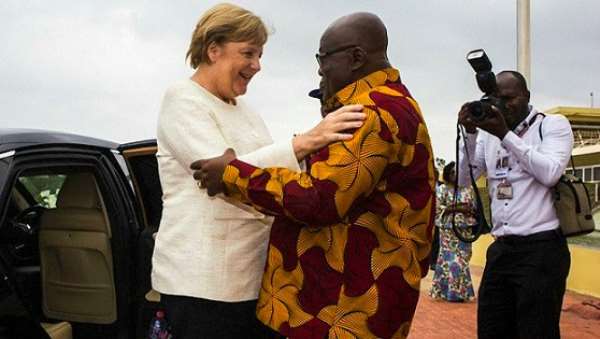 German Chancellor Angela Merkel acknowledged that the European countries in the years of the colonization of Africa made many mistakes. “We did wrong in colonial times in Africa,” the chancellor told the German newspaper, Die Welt.

"The borders between African countries were drawn randomly, without taking into account the territories of the tribes," Merkel acknowledged, and also called on European countries to show interest in the history of the continent.

In her speech, Merkel openly admitted that European countries oppressed Africans during the military colonization of the continent and also that Europeans, having arbitrarily drawn borders in Africa.

Even though Europeans abandoned its colonial policy in Africa, Britain and France's political influence remained in place, therefore, they continued to dominate the wealth of African states through the rulers, agents and their military force that please them.

The European holocaust has roots in Africa. Now Namibia is legally suing Germany for the extermination of the Herero and the Nama tribes, carried out by German soldiers in Namibia between 1904 and 1907, considered by some historians to be the first genocide of the twentieth century.

Similar to the crime colonialists engaged in Africa, this German episode is mostly forgotten in recent decades.

The crime has returned to be discussed internationally, because of the ongoing negotiations between the German government and that of Namibia to define a possible economic compensation, which is expected to be completed and could lead to an official apology of Germany.

However, the negotiations are proceeding with difficulty, due to protests by the Herero and Nama tribes, who have claimed for months that they have not been sufficiently involved by Germany and Namibia.

The representatives of these tribes have sued to Germany in a New York court, seeking compensation from the descendants of people who died in the extermination of the Herero and Nama.

Namibia is a large state in southern Africa, just north of South Africa by the Atlantic Ocean for its more than 1,500 kilometers of coastline. From the late nineteenth century, it was a German colony which was then an empire called 'South-West German Africa,' by the Europeans.

Under German rule, the white settlers arrived. German soldiers and settlers seized the lands and livestock of the local populations and carried out racial violence, rape, and murder against them, also taking men and women as slaves.

Many locals got into debt with the Europeans, borrowing money at very high interest. In most cases, they were unable to repay the debt and consequently suffered confiscations of land and animals. Starting in 1885, the local Herero tribe had signed a series of treaties with the Germans to protect themselves.

Those agreements were systematically violated by the German colonizers, until in January 1904, the Herero rebelled and they were joined by the smallest Nama tribe, who lived a little further south.

In a surprise attack, they killed more than a hundred German civilians. The German retaliation was very harsh.

EDITORIAL
Africa hasn't any strong foundation to demand justice for every crime committed on the continent by colonial masters and the United States of America, which aligned with many of the colonial countries.

The crime which took place in Africa remained silent and the International Criminal Court can't even do anything about it because of the countries involved, German, Belgium, USA, Holland, Portugal, Britain, France, etc

The question which everyone wants to know is if the International Criminal Court has left all these criminals and failed to seek justice for Africa, why do they go after African leaders they claim have committed crimes against humanity in Africa? What kind of work are they doing?

I wish one day, African leaders will wake up from their slumber to realize the impact of colonial crime in Africa to seek apology from the perpetrators because Africans are also human beings. Their inefficiencies have called for more crimes to take place on the continent and until something is done, Africa will suffer more calamities, including man-made diseases.

Doctors threaten strike from October 1 over arrears
58 minutes ago