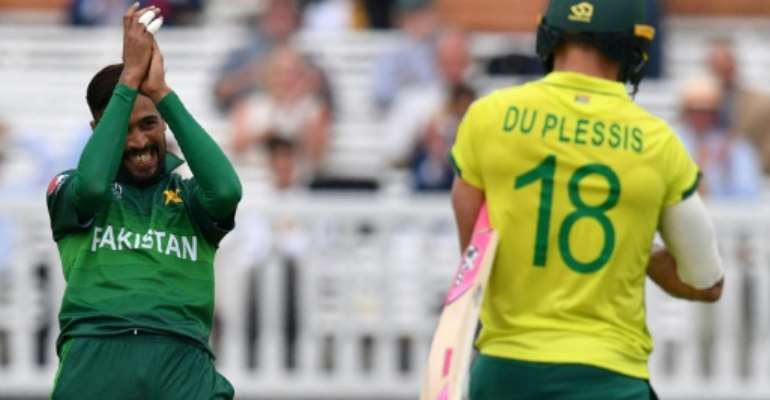 A 49-run defeat by Pakistan at Lord's on Sunday ensured that, with two games in the 10-team round-robin phase still to play, there is no way South Africa can qualify for the semi-finals.

Faf du Plessis, the South Africa captain, did not pull any punches, labelling his side's 259-9 in response to Pakistan's 308-7 as "borderline embarrassing".

But Kallis, the outstanding all-rounder of his generation, said South Africa should take heart from the way England recovered after suffering an equally woeful first-round exit at the 2015 World Cup

Eoin Morgan's side have since risen to the top of the ODI rankings and are among the leading contenders to lift the trophy this year.

"England used the disappointment of their performances in 2015 to rebuild their team and totally change their mentality and approach to one-day cricket," wrote Kallis in an International Cricket Council column.

"England now play without fear and aren't afraid to make mistakes. For me, South Africa have approached things too defensively at this tournament and they need to attack each match with much more positivity going forward."

Kallis said altering their approach did not mean the Proteas had to start from scratch with a new squad.

"You don't need to make wholesale changes, England are still captained by Eoin Morgan, as they were four years ago," he said.

"A total clean-out is just not the way ahead. We need to be more considered and thoughtful.

"South Africa have some great young players in their 20s (Kagiso Rabada, 24, Lungi Ngidi, 23, Andile Phehlukwayo,23, and Aiden Markram, 24) and they can be the foundation for the future."

Kallis added: "The first thing that needs to be looked at is the brand of cricket South Africa are playing.

"England are proof how quickly things can change in four years, so long as you have the right approach."