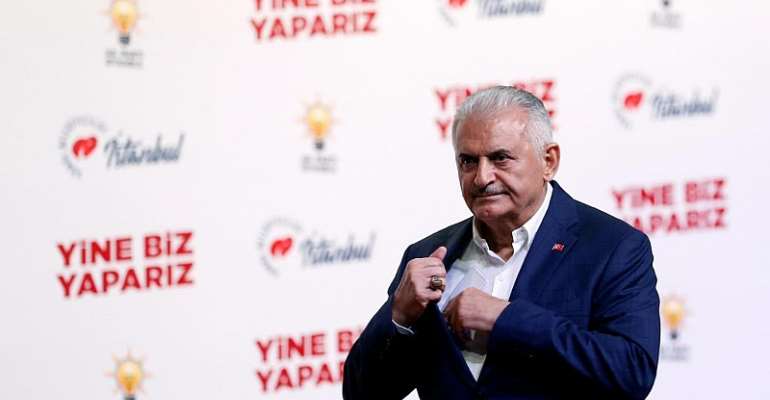 “According to the results as of now my competitor Ekrem Imamoglu is leading the race. I congratulate him and wish him good luck” Yildirim said Sunday evening.

He spoke just minutes after Turkish broadcaster said Imamoglu, of the secular Republican People's Party, had 53.6 percent of the vote, after nearly 96 percent of ballots had been opened.

He also said that the results are a clear demonstration that Turkey's democracy was functioning perfectly.

Sunday's election is in fact a second attempt at the polls after Erdogan claimed irregularities in the first one back in March.

Results from that vote had been annulled.
Critics of Erdogan say he simply refused to give up control of Istanbul, Turkey's economic powerhouse and major source of support for Islamic conservatives which helped the president win the mayorship nearly 25 years ago and that ultimately set him on track to the presidency.

Many view the role of mayor of Istanbul as a stepping stone to a more significant role in Turkish politics.

Even though Imamoglu lost the race in the first polls due to the annulment of results, the act itself propelled him to the limelight and he became a household name.

Imamoglu, a little-known district mayor at the start of the year, had portrayed the re-run as a test of Turkish democracy after he was controversially stripped of his first victory in March.