Angola bounces back after slump in fuel production 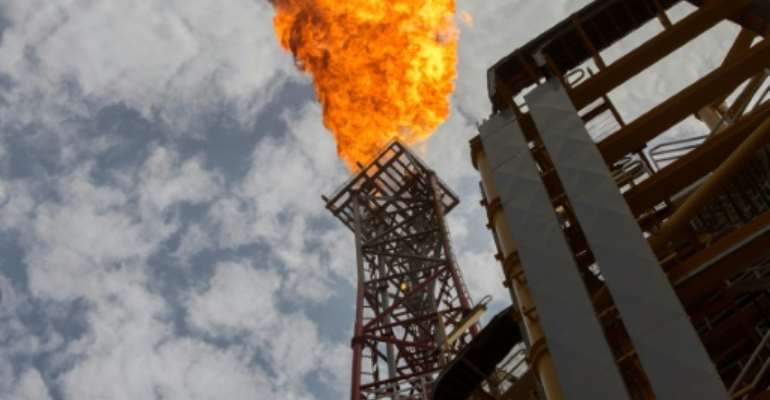 Participants in Angola's oil industry are hoping political reforms can launch a new era after recent price slumps helped knock production down to a decade low. By Rodger BOSCH (AFP/File)

Angola is bouncing back after its fuel production slumped last year to a decade low as President Joao Lourenco steers reforms vital to the country's economy and wins approval from oil majors.

"It is a new era. I see a growing interest from investors," says Guido Brusco, vice-president for sub-Saharan Africa of Italian giant ENI.

"We should come back to 2012/2013 to see the same level of interest" as that now being shown by investors, Brusco told AFP on the sidelines of a conference earlier this month in Luanda.

France's Total, the premier operator in Africa's second-largest oil producer after Nigeria with output of 650,000 barrels per day, confirms as much.

"There is a business environment which could lead us soon to sign several agreements," says a Total spokesperson. "A new page of Angola's petrol industry is clearly opening."

The arrival of Lourenco, who succeeded Jose Eduardo dos Santos who ruled for 36 years, has marked a radical step for the OPEC-member country.

When Lourenco took office oil prices were struggling to come back from a slump going back to 2014 but he has launched a string of initiatives in order to tackle falling production.

With oil Angola's primary resource, that was an overriding priority given that production of "black gold" last year slid just below 1.5 million bpd, its lowest level for 10 years -- the consequence of low prices and a freezing of new projects.

"We were in an environment of low prices and firms found it difficult to get responses from (state producer) Sonangol to advance dossiers," an oil sector source who requested anonymity told AFP.

A series of policies, including tax perks, were introduced, enshrined in several presidential decrees which, Brusco says, have managed to "improve the investment climate."

Brusco says he served on a committee to deliver proposals to that effect "and the government endorsed those proposals."

Those decrees have allowed the development of resources which had previously been unviable and to relaunch exploration programmes. 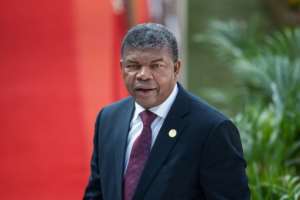 President Joao Lourenco had wielded a new broom at state producer Sonangol and consulted widely ahead of wide-ranging reforms generally well received by the industry. By Michele Spatari (AFP/File)

The results of the favourable legal framework soon emerged.

"Total and other actors are reevaluating a number of dossiers they had put on hold as unviable but which today could function," given the tax advantages, says the oil sector source.

Those include so-called satellite fields near to blocs which have already been exploited.

Britain's BP and US rival ExxonMobil are also angling for new investments in Angola, according to Adam Pollard, senior upstream analyst for sub-Saharan Africa with Wood Mackenzie.

Lourenco has also wielded a new broom at Sonangol, bringing changes to an influential firm which is also the biggest contributor to state coffers.

Lourenco has also removed from Sonangol one of its key tasks -- granting exploration and drilling permits, with that task now performed by new separate entity, the National Oil and Gas Agency (ANPG). 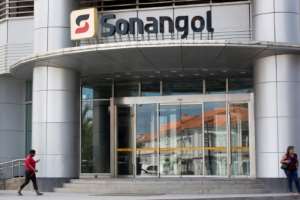 Lourenco has removed from Sonangol one of its key tasks -- granting exploration and drilling permits, with that task now performed by new separate agency. By Rodger BOSCH (AFP/File)

Lourenco explains such reforms are designed to "restructure" the sector in Angola and "create the conditions for making private investment attractive."

And that is not all.

Lourenco vowed to top industry players earlier this month that Angola is going "to intensify efforts to renew reserves and temper the large decline of oil production."

In order to turn the sector around dozens of new blocs are set to be sold off in the coming months.

Luanda recognises an urgent need to advance. Without new projects coming on stream production could slide below a million bpd by 2023, the Ministry of Oil warns.

Mahama insists on second round in closing address to Supreme...
7 minutes ago