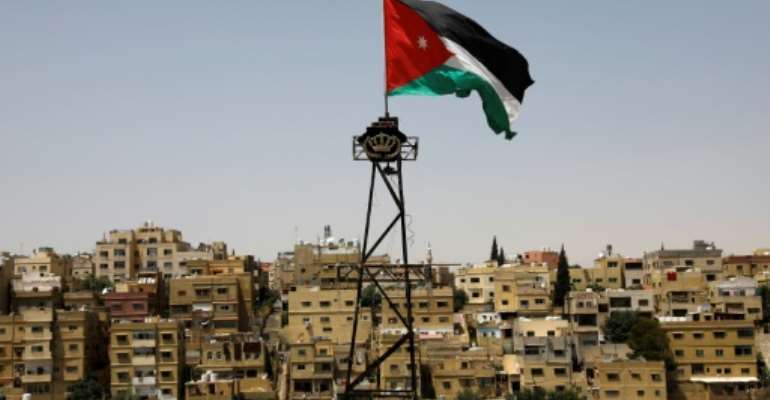 The Jordanian foreign ministry spokesman confirmed to journalists that his country will send the secretary general to the finance ministry to take part in an economic conferenc ein Bahrain. By AHMAD GHARABLI (AFP/File)

Jordan and Egypt said Saturday they will send officials from their finance ministries to take part in an economic conference in Bahrain on a US-led Israeli-Palestinian peace plan.

Egypt's foreign ministry spokesman Ahmed Hafez told AFP that Cairo will send a delegation headed by a deputy finance minister to the meeting - due to take place in Manama on June 25 and 26 - without specifying the name.

In Jordan, foreign ministry spokesman Sufyan al-Qudah confirmed to journalists that his country will dispatch the secretary general to the finance ministry, again without giving a name.

Qudah insisted however that "no economic proposal could replace a political solution that ends the occupation" of Palestinian territories by Israel.

The White House said on June 12 that Egypt, Morocco and Jordan have agreed to attend the workshop.

But Jordan and Egypt -- the only Arab countries to have signed peace deals with Israel -- did not immediately confirm they would take part in the Bahrain meeting.

Morocco has not yet confirmed its intentions.

The Palestinian Authority is boycotting the two-day conference -- dubbed the Peace to Prosperity Workshop -- charging that pro-Israel US President Donald Trump is seeking to buy the Palestinians and deprive them of an independent state.

The US said Saturday that its Middle East peace plan aims to raise more than $50 billion (44 billion euros) for the Palestinians and create one million jobs for them.

In a move likely to deepen its rift with the Palestinians, the White House said that money would be administered by a multinational development bank -- not the Palestinian Authority -- as a way to ensure better governance and prevent corruption.