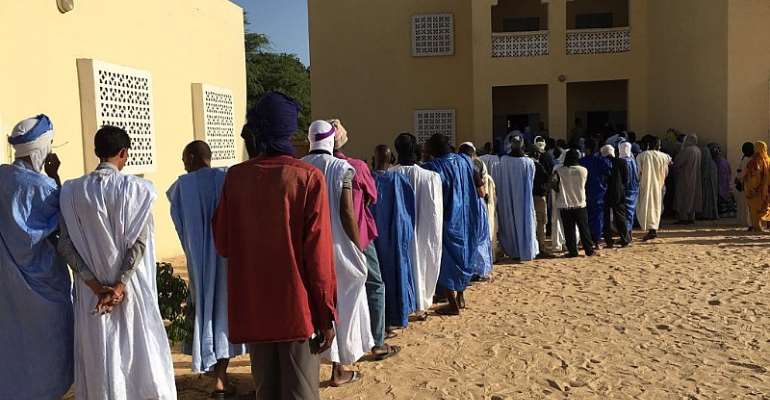 Mauritanians hit the polls on Saturday in presidential elections that will see outgoing Mohamed Ould Abdel Aziz step down after reaching his term limit making it the country's first peaceful transfer of power.

11 years ago Mohamed Ould Abdel Aziz seized power in a 2008 coup claiming he did so to prevent a return to repressive military rule.

According to the constitution the president is barred from seeking another term, making Aziz one of the few leaders in recent years across the continent to respect term limits and not try to change the constitution.

The country has a history of coups – five in total – starting from its independence from France in 1960. From then, military rulers took charge of the country until Aziz took over in 2008.

But while many are applauding the country's peaceful transfer of power, many hope to see certain issues take centre stage with the next head of state.

Namely race, security and an end to human rights abuses

In a nation of 4.5 million people, tens of thousands of people still live in slavery despite the practice being banned by the government for decades.

But anyone who dares to speak up against slavery, discrimination or other human rights abuses is at risk of arbitrary arrest, “unlawful detention and even torture” said Kine Fatim Diop, a West Africa campaigner for Amnesty International.

Meet the candidates
The successor of choice by the out-going president is the former defense minister Mohamed Ould el Ghazouani.

He was chosen by the ruling majority as a presidential candidate after his retirement.

His electoral campaign has been concentrated on his security credentials and Aziz's record on fighting Islamic extremists.

Kane Hamidou Baba, from the 'Living Together' coalition is representing parties backed by Mauritanians of sub-Saharan African descent.

The anti-slavery activist Biram Dah Abeid, who was elected to Parliament in September from his prison cell, has been campaigning on a platform that Mauritania is not making enough progress towards ending forced labour including slavery.

Mohamed Ould Maouloud is a candidate from the opposition Coalition for Change along with Mohamed Lemine El Mourteji El Wafi who have been appealing to the support of younger Mauritanians.

Irregularities
Authorities had refused an opposition request for foreign observers at the elections.

That raised alarm among the opposition who have warned of potential vote fraud and accused the National Electoral Commission (CENI) of being bias.

If no candidate receives a majority of votes, a run-off election will take place next Saturday.