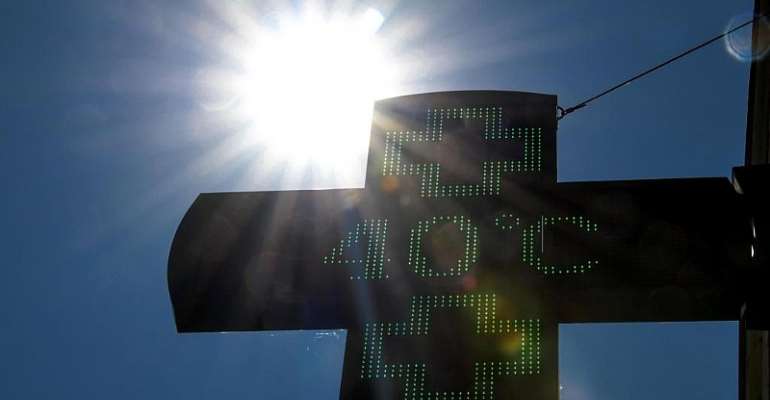 A rare June heatwave is headed for France, with hot summer conditions set to replace the turbulent storms and gusty weather that has marked much of the past month.

From Sunday, the mercury is set to climb across the entire country. Large swathes of France, with the exception of Brittany, will see temperatures of between 35 and 40 degrees through most of the week. The most persistent hot weather is expected in eastern France.

Emmanuel Demaël, a meteorologist at Météo-France, the national weather service, told French media that while heatwaves of this type are common between mid-July and mid-August, it's much rarer to see them in June.

"In terms of duration, it's not out of the ordinary; it's really the intensity that is remarkable," he said, adding it's too early to say if this summer's temperatures will match the intensity of the 2003 heatwave that killed 19,000 people.

Demaël says the heat will first be felt in the lower Rhone valley to the north of Auvergne, before heading to Burgundy and the center and along the Loire. “In these areas, the air will be stuffy … it will feel like 40C in the shade.”

The extreme temperatures will rise progressively towards the north, reaching Paris on Tuesday.

Paris's mayor is to trigger a level 3 heatwave action plan (there are four levels), which involves providing cool areas of respite for people at risk, such as babies and elderly people, mobilising medical institutions and associations such as the Red Cross.

The impending wave of hot air, which will also hit large parts of western Europe, is reportedly coming from the Maghreb, in North Africa, and Spain.

Scientists say this latest intense weather is further proof of the impact of global warming and that such weather conditions are likely to become more frequent.

W/R: Five wounded after residents of Ampatano and Kamfakrom ...
19 minutes ago