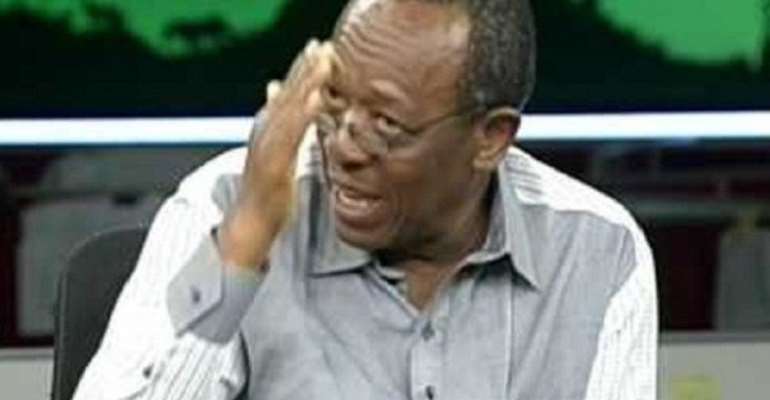 You see, contrary to what “Professor” Augustine Uzoma Nwagbara would have his Ghanaian-resident Nigerian captive audience believe, the struggle for Ghana’s independence did not begin with the future Prime Minister Kwame Nkrumah, later to be re-designated President of Ghana. It actually began around 1897, when even the future Ceremonial President Nnamdi Azikiwe, the man that “Professor” Nwagbara claims to have singularly mentored Kwame Nkrumah, was not even born. The virulently anti-Ghanaian critic may also want to read the eulogy written by Dr. Azikiwe in the wake of Dr. Danquah’s prison assassination by President Nkrumah to find out the true narrative of Nkrumah’s rise to power and fame in both Ghana and the rest of the world, in particular the African world.

Yes, the struggle for Ghana’s sovereignty began in 1897 with an astute and genius lawyer – to be certain, Ghana’s first Western-trained lawyer – who qualified to practice law as relatively early as 1887. Of course, I am herein referring to Mr. John Mensah-Sarbah (aka Kofi Mensah), and his mostly Fanti-ethnic-founded and funded human and civil rights-championing organization called the Aborigines’ Rights Protection Society (ARPS). It was the latter establishment that fiercely fought to prevent Queen Victoria and the British colonial regime from expropriating Ghanaian lands by nationalizing the same, and thus opportunely prevented the sort of “Bantustanization” or the alienation or cannibalization of indigenous African lands that would later ravage British colonies like Kenya and South Africa, for ready examples (See Professor LH Ofosu-Appiah’s entry on John Mensah-Sarbah” in the Dictionary of African Christian Biography”).

And if he is as boastfully erudite as he claims to be, “Professor” Nwagbara would have also since long come into knowledge of the fact that the pioneer-architect who practically created what has today become known as Anglophone West Africa, in the context of the movement towards the present-day Economic Community of West African States (ECOWAS), was a Cape Coast-born half-Ghanaian and British lawyer, scholar, novelist, thinker and journalist by the name of Mr. Ephraim Casely-Hayford. It was the latter who founded the legendary National Congress of British West Africa (NCBWA), as relatively far back as 1920. It was also the famous author of the mytho-philosophical novel titled “Ethiopia Unbound,” the first modern African novel of its kind, who politically groomed Dr. Joseph (Kwame Kyeretwie) Boakye-Danquah, the veritable Architect of Modern Ghana and the indisputable political mentor of the future President Kwame Nkrumah, vis-à-vis local Ghanaian politics.

And, by the way, aside from being the first “Black-African” to have received the Doctor of Philosophy Degree from any major Western academy, Dr. JB Danquah, the man whose erudition resulted in the renaming of the erstwhile Gold Coast as Ghana in 1957, was also the first president of the London-based West African Students’ Union (WASU), whose organizing-founder, by the way, was a Nigerian student in London. The WASU was the same anti-colonial political organization which would 20 years later prepare the future President Nkrumah for practical leadership in Ghana and the continental African liberation struggle. Yes, Nigeria’s Mr. Nnamdi Azikiwe had a quite remarkable influence on the mentoring of the future President Nkrumah, including bringing the existence of the latter to the seismic attention of Dr. Danquah but, of course, the single most significant philosophical and academic influence on Mr. Nkrumah was Dr. James Emmanuel Kwegyir Aggrey (1875-1927), the foremost continental African educator, philosopher, thinker and scholar in the first-half of the Twentieth Century. The future President Nnamdi Azikiwe was, literally, a toddler then.

The bad news here for “Professor” Uzoma Nwagbara is that Dr. JEK Aggrey was a bona fide “Black-African” Ghanaian! Of course, Nkrumah would also claim to have been profoundly influenced by the legendary Jamaican-Ghanaian pan-Africanist leader, to wit, “Emperor” Marcus Mosiah Garvey, in particular Garvey’s book of quotable quotes titled “The Philosophy and Opinions of Marcus Garvey.” Finally, it would be worth the while of grossly misguided Nigerian educators and intellectuals like “Professor” Uzoma Nwagbara to learn that until the future President Nnamdi Azikiwe was deported from Ghana by the British colonial regime in 1934, the latter worked as Editor of the Danquah-owned “Times of West Africa,” generally credited with being the first daily newspaper to have been owned and published by a Ghanaian in pre-independence Ghana or the colonial Gold Coast.

GJA to elect executives on October 3 in Bono East, Bono and ...
22 minutes ago