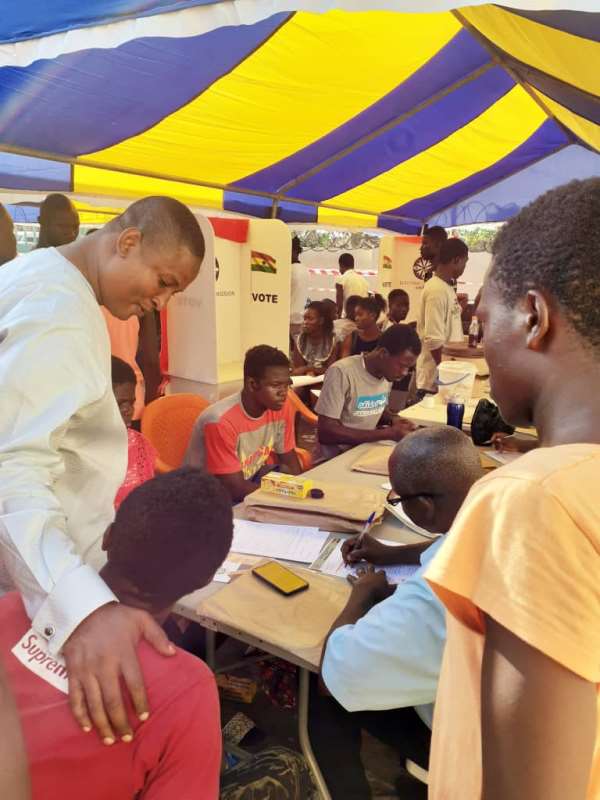 Since the exercise commenced, Adamu Ramadan has been visiting the registration centre to ascertain things for himself and to give the necessary support to the NDC volunteers and executives who are actively working to ensure that the exercise is without any breaches.

As part of his commitment to ensure that the exercise is successful, Adamu Ramadan has given two vehicles to convey officials and supporters to and fro the registration centre to ease the pressure on the party.

In addition, he has provided fuel for the official party vehicle which is being used for the exercise to further ameliorate the difficulties encountered and to cushion the party among other things.

"We are grateful to God for giving us Ramadan at this time. Who else could have done this for us? May God bless him. We are going to reward him not only as our Parliamentary Candidate but more importantly as the Member of Parliament for the Adentan Constituency. We cherish his efforts and we know he has suffered for us." said one of the executives.

Indeed, one cannot talk about Adentan politics today without mentioning Mohammed Adamu Ramadan who has earned for himself the accolade 'The Grassroots Man.' Adamu Ramadan appears to have developed some special bond and love with the grassroots of the NDC from their demeanour towards one another.

The District EC Officer for the Adentan Municipal Assembly must be commended for a good work done. Despite the challenges nationwide, the District Officer in the Adentan is on top of his job.