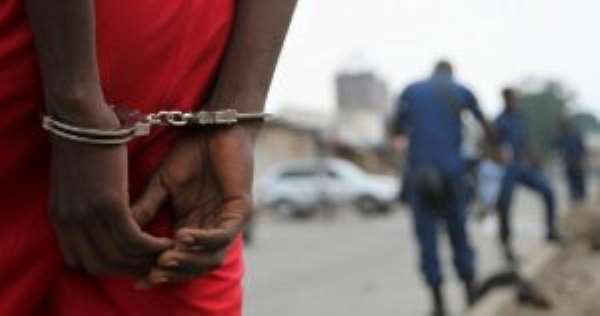 One person has been picked up following the near-lynching of a police officer at the Abossey Okai roundabout in Accra by some 200 motorbike riders.

The incident is believed to have occurred at about 9:00 am on Friday when the officer, a personnel of the Motor Transport and Traffic Department, tried to stop the motorbike riders who were then in a funeral procession to the Awudome cemetery from blocking the road.

Eyewitness accounts say the duty officer was then pounced upon by the angry bikers, beaten up and sustained injuries on his head.

He has since been treated and discharged.

The Divisional Commander of the Kaneshie District, ACP Saakye Kumi who confirmed the arrest told Citi News the Police had began investigating the issue.

“The officer has been treated and discharged and he is fine. Immediately, one person was arrested and after the burial we invited the leader of those who were going for the burial and at the moment they are at the district where investigations are ongoing.”

Narrating the incident, an eyewitness said: “They rushed to the Police and started beating him. The Police officer had a big cut on his head.”

The police service also condemned the attack on its officer.