No Mane, no problem, says Senegal coach ahead of Tanzania clash 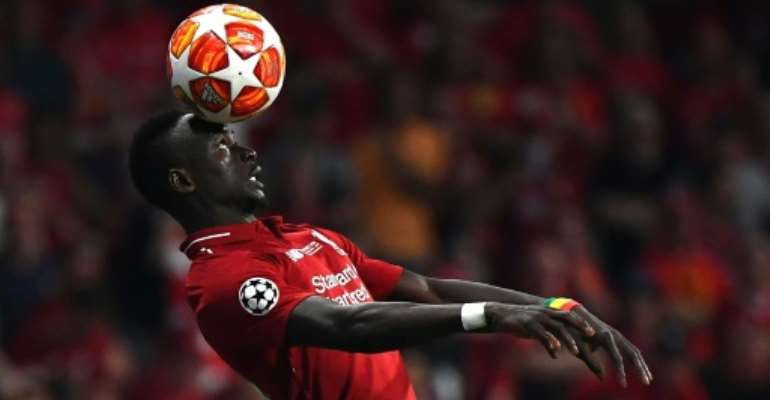 Senegal and Liverpool star Sadio Mane will miss the Africa Cup of Nations match against Tanzania because of suspension. By GABRIEL BOUYS (AFP/File)

Powerful Senegal will launch their 2019 Africa Cup of Nations campaign against Tanzania in Cairo Sunday without Liverpool star Sadio Mane, but coach Aliou Cisse is unconcerned.

The 27-year-old forward is serving a one-match ban after being yellow-carded twice during qualifying for the biennial showcase of African football.

"His absence should not in any way bother us," stressed Cisse, who was part of the Senegal team that finished runners-up to Cameroon in the 2002 Cup of Nations, their best showing.

"Certainly the presence of Sadio is beneficial, but without him we remain strong," added the former Paris Saint-Germain midfielder ahead of the Group C clash.

Mane also missed the opening match of the 2015 tournament in Equatorial Guinea against Ghana owing to a calf injury.

Here, AFP Sport previews the three Sunday fixtures on the third day of the first Cup of Nations to feature 24 teams, up from 16 in Gabon two years ago.

Senegal are ranked 22 in the world and Tanzania 131, making this the biggest mismatch on paper of the 36 first-round matches in Egypt.

Even without talisman Mane, it would be a shock if the Teranga Lions failed to secure maximum points against the second lowest-ranked side in the competition, above only Burundi.

Many pundits believed Senegal would go all the way two years ago, but they fell to eventual champions Cameroon in the quarter-finals after Mane missed a penalty in a shootout.

The huge ranking gap between the countries does not concern Tanzania coach Emmanuel Amunike, a Cup of Nations winner as a player with Nigeria 25 years ago.

"Do not be surprised if you see some of these so-called big teams packing their bags early and heading home," he said.

Kenya are back at the Africa Cup of Nations after 15 years and Tottenham Hotspur midfielder Victor Wanyama (R) leads them. By JOHN THYS (AFP/File)

Regular underachievers Algeria boast a prolific scorer in Baghdad Bounedjah, who has seamlessly transferred great club form to the national team, for the other Group C match.

After scoring 39 goals in 21 starts for Qatari club Al Sadd last season, he netted in both of the Desert Foxes' warm-up matches, a draw with Burundi and victory over Mali.

The spotlight will also be on forward Andy Delort, a late call-up after Haris Belkebla was dropped from the squad for baring his backside online.

Delort is the latest of many footballers born in France of Algerian descent to switch allegiance after representing their country of birth at age-limit levels.

Kenya are back at the Cup of Nations after a 15-year absence and captain and midfielder Victor Wanyama from Tottenham Hotspur is the stand-out player among the Harambee Stars.

The contrast between coaches Herve Renard of Morocco and Ricardo Mannetti of Namibia in Cairo could not be greater ahead of the first Group D match.

France-born Renard, already a Cup of Nations-winning coach with Zambia and the Ivory Coast, is under massive pressure to complete a hat-trick in his second appearance with Morocco.

Although regarded as an African football powerhouse, Morocco have lifted the Cup of Nations only once, and that was 43 years ago when there were only eight finalists.

Morocco hammered Namibia 5-1 in a previous meeting and while the margin might be less this time, an Atlas Lions win seems likely in a group including the Ivory Coast and South Africa.

Mannetti is under no pressure having got the Brave Warriors to the tournament against the odds and he has warned rivals that "even small dogs have teeth".